Gurugram and Noida recorded AQI of 369 and 391 respectively both in the 'very poor' categories. 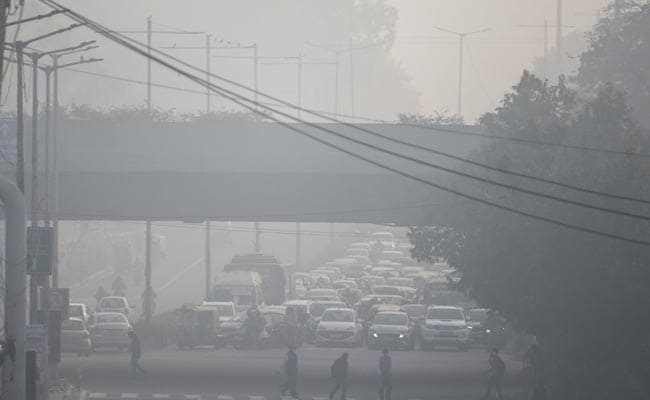 The air quality in the national capital on Monday morning remained in the "very poor" category with overall Air Quality Index (AQI) at 370, according to the System of Air Quality and Weather Forecasting and Research (SAFAR).

The AQI in Mathura Road (406) and Delhi University area (416) was recorded in the 'severe' category.

Gurugram and Noida recorded AQI of 369 and 391 respectively both in the 'very poor' categories.

As per SAFAR, from December 1 wind speed and temperature are likely to decrease reducing ventilation leading to the slight deterioration of air quality.

"The AQI today indicates 'very poor' air quality. Local surface winds are likely to increase moderately on the 29th and 30th that increases the dispersion of pollutants leading to slight improvement but AQI remains in the 'very poor' category. Low mixing layer height is preventing efficient dispersion of pollutants. The share of stubble burning related pollutants in Delhi's PM2.5 is 3 per cent," SAFAR said in its bulletin.

A local, Rahul said as the pollution levels are high, people are facing breathing issues. He suggested that the government should begin the odd-even scheme again.

"Government should begin an odd-even scheme once again and close factories for some time," he said.

"The air quality of Delhi is in very poor category and it is affecting our health, especially senior citizens. There is no effect of the steps taken by the government," said Parthiv, a Delhi resident.

Another resident, who goes for a morning walk daily, said that he is facing problems in breathing and his eyes are burning.

"In every household, children and elderly are facing problems. We all are compelled to be imprisoned at home. The government should think of a long term plan," he added.

The government is taking many steps to curb the pollution level in the national capital but it is not working at all, said another resident.

"When we go for a morning walk we face a lot of problems. The government is doing nothing to solve this problem," said Prema.

Meanwhile, the Delhi government has imposed a ban on construction and demolition activities following Supreme Court's directions. In view of an improvement in the air quality, the ban on construction and demolition activities was lifted on November 22. The ban on the entry of trucks, barring those engaged in essential services, has been extended till November 30.

However, all schools in the national capital will reopen from today for all classes.