According to a statement, it is a joint venture between the Ordnance Factories Board (OFB) of India and Rosonboron Exports and Concern Kalashnikov on the Russian side. 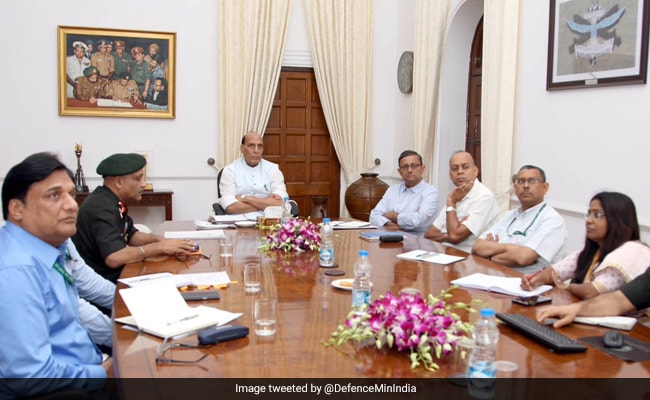 Defence Minister Rajnath Singh Tuesday reviewed the setting up of a factory for the production of AK-203 assault rifles in Uttar Pradesh.

According to a statement, it is a joint venture between the Ordnance Factories Board (OFB) of India and Rosonboron Exports and Concern Kalashnikov on the Russian side.

The joint venture is formed consequent to the Inter-governmental agreement signed between India and Russia in February 2019.

Close coordination and regular interactions are being held with Russian partners for a smooth implementation of the project.

In the meeting, the IRRPL CEO briefed the defence minister about the potential of the project to act as catalyst for the UP defence corridor, when fully operational is expected to source a number of components and services from MSMEs.

This is expected to bring in investment and employment in the region.

The defence minister also stressed the need for 100 per cent indigenisation of the rifle and focusing on its export to other friendly countries, the statement read.

The meeting was attended by Defence Secretary Sanjay Mitra, Secretary (Defence Production) Dr Ajay Kumar and other senior officials of the ministry.