President Ram Nath Kovind said along with an economic partnership, defence is a key pillar of India-Czech bilateral relations. 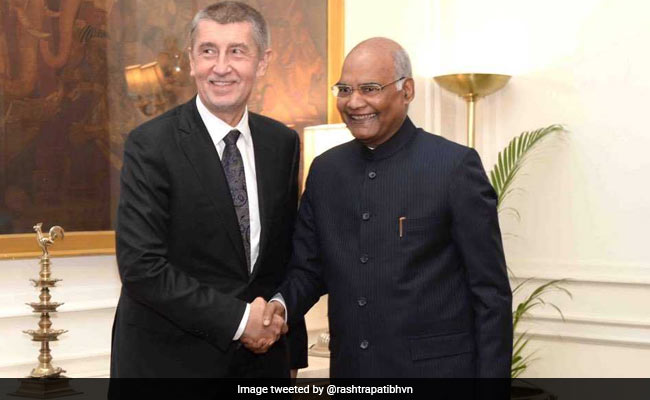 President Ram Nath Kovind today said defence is a "key pillar" of relationship between India and Czech Republic as he called for mutual development and production of defence equipment by the two nations.

President Kovind said this during a meeting with Czech Republic's Prime Minister Andrej Babis at Rashtrapati Bhavan, a spokesperson said.

President Kovind welcomed the visiting dignitary and said that along with an economic partnership, defence is a key pillar of India-Czech bilateral relations.

The President expressed hope that the two countries will move forward from a traditional buyer-seller relationship to one where the two can co-develop and co-produce defence equipments, the spokesperson said.

President Kovind also remembered his own visit to the Czech Republic in September 2018 as he said that India counts the country as a key partner in its growth story.

He thanked the Czech Republic government for hosting the "Czech Make in India" pavilion at the Vibrant Gujarat Summit in Gandhinagar, the spokesperson said.

President Kovind added that there are immense opportunities for Czech technology and manufacturing in India.