The air-launched version of the BrahMos was to be testfired by the Air Force over southern India this week for giving a homegrown weapon system to the force for carrying out Balakot-type air strikes. 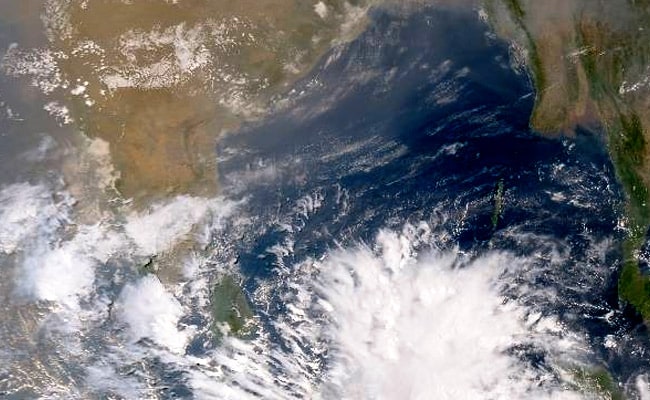 In view of the cyclone storm ''Fani'', the Indian Air Force (IAF) and BrahMos Aerospace have put on hold the testfire of the air-launched version of supersonic cruise missile from a Sukhoi-30 combat aircraft.

The air-launched version of the BrahMos was to be testfired by the Air Force over southern India this week for giving a homegrown weapon system to the force for carrying out Balakot-type air strikes.

"The testfire has been postponed due to the cyclone storm ''Fani'' for the moment but we will be doing it soon," government sources said.

The cyclonic storm ''Fani'' on Monday morning was located at 880 km of South-East of Chennai and it will continue to move North-West and change its path to North-East from Wednesday.

The cyclone is expected to intensify into a very severe cyclonic storm by Tuesday.

Seeking to further bolster its ability to destroy major ground targets, the IAF and DRDO are planning to testfire the air-launched version of the world''s fastest supersonic cruise missile BrahMos from a Su-30MKI combat aircraft.

Sources in the IAF say that they are very keen for a fast track development of the 290-km strike range missile which can destroy targets on the ground and can be used for Balakot-type air strikes where the planes won''t even have to cross enemy borders for the hit.

During Balakot airstrikes, the IAF had used the Spice-2000 bombs launched from a Mirage-2000 fighter aircraft for striking Jaish targets in Balakot town of Pakistan.

With the availability of a BrahMos developed by DRDO, the IAF would be able to destroy similar targets from at least 150 km inside Indian territory.