World Mental Health Day 2021: A total of 45 participants, wearing green t-shirts, cycled from Crowne Plaza, Okhla, to Qutub Minar and back in the national capital. 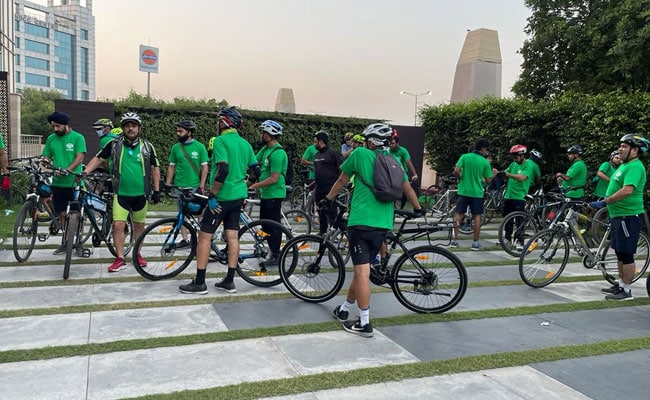 To spread awareness on mental health issues, a cycle rally, called Cyclothon, was held in Delhi today. The event was organised by ADRA India, in partnership with V4A Cycling & Running Club.

A total of 45 participants, wearing green t-shirts, cycled from Crowne Plaza, Okhla, to Qutub Minar and back in the national capital.

ADRA India's Country Director Weston Davis said, "It always helps me to become better aware of an issue and then I have a larger appreciation for the challenges. It is then easier to have meaningful conversations among friends, policy makers and the general public. It also helps draw attention towards the cause and breaks the stigma around recognising the issue."

"This (campaign) makes it easier for people dealing with mental health issues to seek help. Such campaigns also help survivors come together and convey the message of solidarity to those still struggling alone," he added. 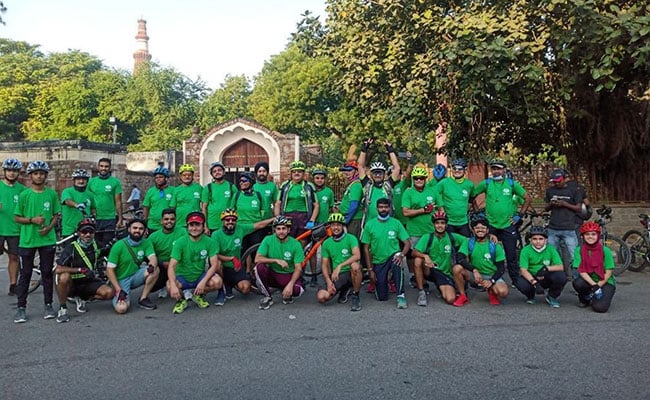 The overall objective of World Mental Health Day is to raise awareness on mental health issues and to mobilize efforts in support of mental health.

The rally was followed by an interactive session on mental health by Dr Rachana Johri, psychologist and director at the Center for Psychotherapy and Clinical Research, and professor at School of Human Studies, Dr BR Ambedkar University. She spoke about several mental health issues like suicide, depression and the stigma surrounding mental illness.

Dr Johri said, "The idea that it is shameful, the idea that it has happened to me or someone I love and therefore it cannot be discussed, the fear that we will not be accepted is greater than what is going to happen. So, one first step towards dealing with mental health issues is communication."

A further rise in mental health cases was witnessed during the COVID-19 pandemic and subsequent lockdowns. The pandemic has been challenging for people due to several reasons such as the loss of loved ones, loss of employment and income, isolation and increase in domestic violence cases. Some groups, including health and other frontline workers, students, people living alone, and those with pre-existing mental health conditions have been particularly affected.