The woman alleged that her parents had taken away her three-day-old son six months ago and filed a police complaint at the local police station in Thiruvananthapuram. 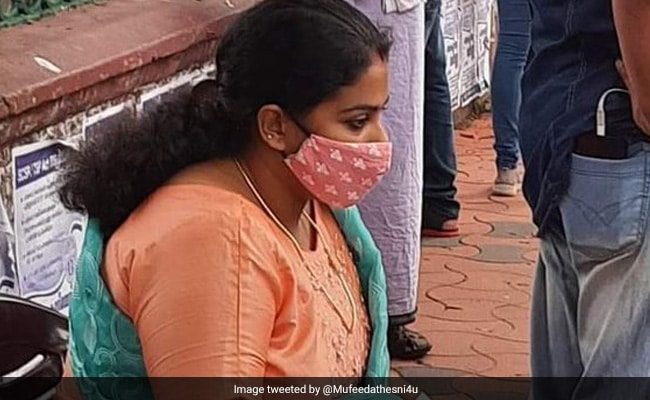 Along with Anupama, her husband also protested outside the state Secretariat

A CPI-M leader's daughter, who alleged that her father "forcibly" took away her son and gave it to an adoption centre, staged a protest in front of the Kerala Secretariat today demanding to return her "missing" son.

Anupama - the leader's daughter - had alleged that her parents had taken away her three-day-old son six months ago and filed a police complaint at the local police station in Thiruvananthapuram.

Since her father holds an influential position in the CPI-M, she has been denied justice, Anupam has alleged, adding, she approached the local police station, the state's top cop, child welfare committee, and party leaders but justice was not delivered.

Along with Anupama, her husband Ajith also protested outside the Secretariat.

"I am not protesting against any political party or under any party's banner. My husband and I are here for our rights. We did not get support from the local police station, Child Welfare Committee (CWC), or council for child welfare. So we are staging protesting to seek justice," she said.