Covid Patient Dies After Jumping From UP Hospital's Fourth Floor

This was hours before he made a similar attempt to kill himself; at that time hospital officials had intervened, preventing him from jumping and taking him back to his bed 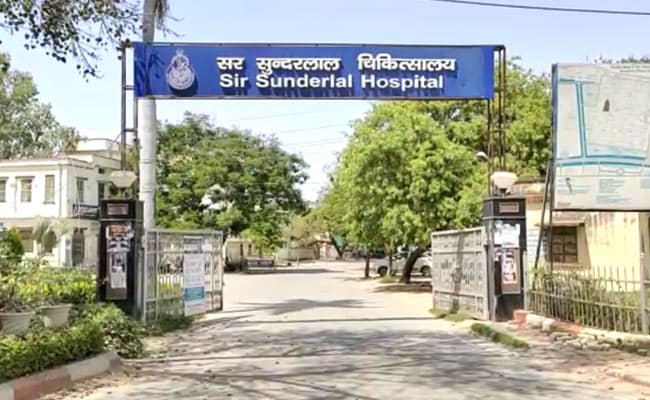 A 21-year-old Covid patient died late Sunday night after jumping out of the fourth floor of a hospital in Uttar Pradesh's Varanasi. This was hours after he made a similar attempt to kill himself; at that time other patients intervened, preventing him from jumping and taking him back to his bed.

Authorities at the city's Sunder Lal Hospital, which is a teaching facility affiliated with the Benares Hindu University, said the young man had been brought to the emergency ward on August 16, at which point he had been diagnosed with an unspecified "mental illness".

He tested positive for the novel coronavirus the following week and was transferred to the Covid ward, where, hospital staff said, he frequently left his bed to approach other patients.

"Last night a patient jumped out of the fourth floor of the Covid ward of BHU Hospital. The hospital administration said the patient had been brought to the emergency ward on August 16, when he was found to be mentally unwell. He was later found corona-positive and was being treated for both," SK Mathur, the medical superintendent of Sunder Lal Hospital, said.

"On the morning of the 23rd he was trying to jump but people calmed him down. But later that night this sad incident happened," he added.

A resident of Phulpur town in UP's Prayagraj district , the patient had been examined by doctors and was awaiting treatment for his "mental illness".

As is now routine for all hospital patients, on August 19 his sample was also tested for the COVID-19 virus. It returned positive three days later and he was shifted to the Covid ward.

Hospital officials told his family that because it was a mild case they could isolate him at home and continue treatment.

The family refused and said he should continue to be treated at the hospital.

UP has more than 1.87 lakh confirmed Covid cases so far, of which nearly 3,000 are deaths linked to the virus and around 49,000 are active cases.