The journalist has also informed the court that she does not intend to pursue the case further. 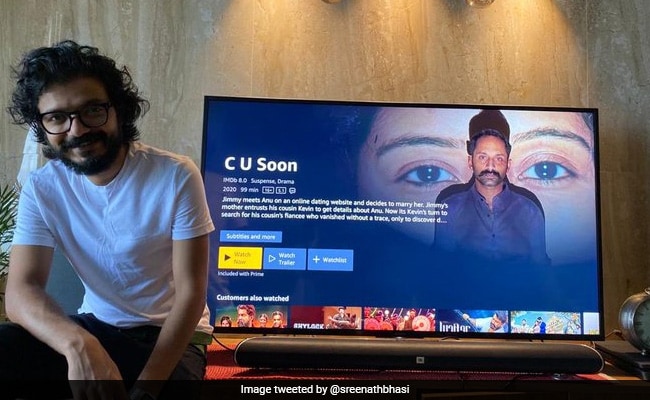 Actor Sreenath Bhasi was arrested on September 26 by Maradu police.

The Kerala High Court on Friday stayed the case registered against actor Sreenath Bhasi for allegedly using abusive words for a woman journalist during an interview.

Earlier in the day, Bhasi had moved the high court seeking to quash the FIR against him, saying "the matter has been settled" between him and the journalist.

The journalist has also informed the court that she does not intend to pursue the case further.

Bhasi filed a petition claiming that the woman journalist has sworn in an affidavit saying that she has no further complaint and does not want to prosecute him.

The actor was arrested on September 26 by Maradu police on the basis of a complaint filed by the journalist working for an online media.

He further prayed to the court to quash the FIR registered at Maradu police station here.

Section 354 A (1) (IV) of IPC deals with the offence of making sexually coloured remarks. Section 509 deals with word, gesture or act intended to insult the modesty of a woman, while section 294B deals with uttering any obscene song, ballad or words, in or near any public place.

Meanwhile, sources said the journalist has decided to withdraw the complaint after Bhasi has tendered an apology to her and to the organisation.

The alleged incident occurred on September 21, while Bhasi was taking part in a promotional interview for his new film, 'Chattambi'. The video has gone viral.

During the interview, Bhasi appeared offended when the anchor of the online media asked a question related to the title of the film.

An irritated Bhasi was seen in the video saying that he was "pissed off" and that he wanted to leave. He then asked the camera person to stop recording the video.

However, in the complaint filed by the woman, she alleged that Bhasi abused her and the crew after the camera was turned off.

Shortly after this video, another clip of Bhasi abusing a radio jockey during a different interview with a private FM channel also went viral.

In the second video, Bhasi was seen irritated by the standard of questions posed by the interviewer. However, no complaint was filed in this regard.

Later, in an interview with a television channel, Bhasi denied all the allegations but expressed regret in losing his temper during interviews.