The Directorate of Vigilance and Anti-Corruption conducted searches in 52 premises across Tamil Nadu and questioned Mr Velumani at the MLA quarters in Chennai. 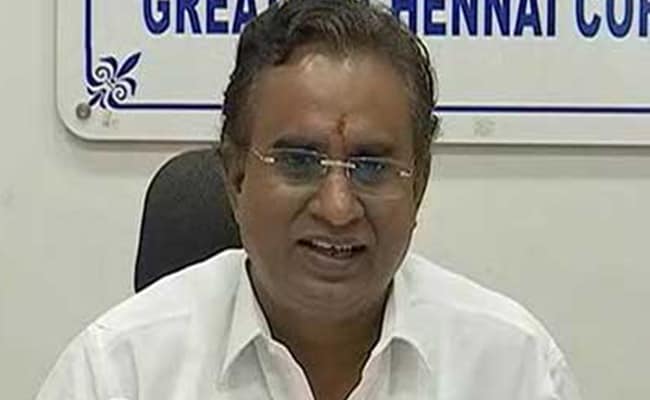 SP Velumani is the second AIADMK leader to face action after DMK assumed office in May. (File)

The Directorate of Vigilance and Anti-Corruption on Tuesday registered a case against former minister SP Velumani for allegedly abusing his official position and allotting tenders. He is the second AIADMK leader to face action after the DMK assumed office in May.

While the anti-graft agency conducted searches in 52 premises across Tamil Nadu and questioned Mr Velumani, a Coimbatore-based AIADMK strongman, the main opposition party condemned the action.

Last month, similar action was taken against MR Vijayabaskar, another AIADMK leader and former minister who hailed from Karur.

The AIADMK said it is always ready to face the "false cases" against its leaders legally and politically.

Rather than focusing on work aimed at people's welfare, the action of DVAC against Mr Velumani has led to "suspicion" that the DMK government was paying attention to "vendetta activities", the party said adding that this has also led to anguish.

According to the FIR, abusing his official position, the former minister had allotted projects worth Rs 346.81 crore to companies owned by his relatives in Coimbatore Corporation and works estimated to be Rs 464.02 crore in Greater Chennai Corporation during 2014-18.

It also said that authorities had violated rules while awarding the contract. Searches were carried out at 52 locations across the state, including the house of Mr Velumani in Kuniyamuthur in Coimbatore on Tuesday morning in connection with the graft allegations against him.

The sleuths are also searching the premises of those contractors and relatives who had taken the projects, police said.

Senior DVAC officials are questioning Mr Velumani at the MLA quarters in Chennai.

Hundreds of party workers thronged the house of Mr Velumani in Coimbatore and removed the iron barricades placed before the house, leading to tension for a while.

AIADMK top leaders O Panneerselvam and K Palaniswami, in a statement, said, "Without any proof and before finding out the truth, it is unfair to level corruption allegations."

Lauding Mr Velumani as an active party worker, the two leaders said he had faced defamatory, false accusations and now action, which includes raids by the anti-graft agency.

"Bearing all such travails, the AIADMK will continue with its people's work and carry out its political work based on the principles of love and dharma," they said.