A nasal vaccine (a drop in each nostril) could save medical equipment like syringes and cut down on time for each vaccination, allowing more people to be protected 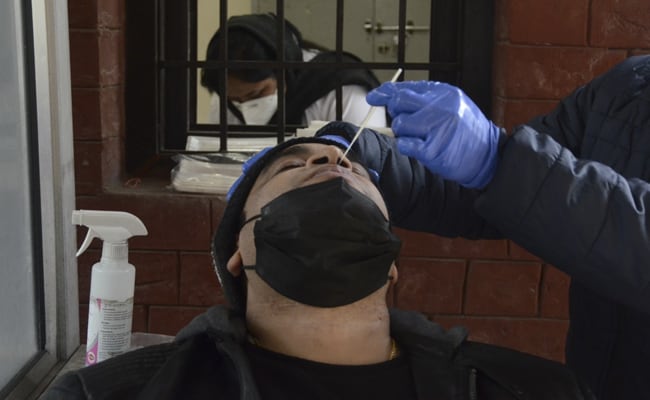 Hyderabad-based Bharat Biotech, whose coronavirus vaccine Covaxin is one of two approved by the government for emergency use, has applied to the Drug Controller General of India (DCGI) for permission to conduct Phase I trials of a second vaccine - which is administered via the nostrils.

The DCGI has yet to review the application. Phase I trials are the first of three sets of clinical studies that are mandatory for any vaccine to be recognised as safe and efficient.

The new variant is significant because it is a single-dose drug; both Covaxin and AstraZeneca's Covishield (the other vaccine to be used in India) require two intramuscular injections each.

A nasal vaccine (requiring a drop in each nostril) could save on medical equipment, such as syringes, and cut down on time taken for each vaccination, allowing more people to be protected.

On Thursday Bharat Biotech said it had enrolled 25,800 volunteers to meet its target for that study. Phase I and II trials are over and have yielded "a tremendous amount of immunogenicity and safety data". Phase III data - which tests vaccine efficacy - has yet to be released.

The firm is also setting up four facilities to produce a combined 700 million doses per year.

Both Covaxin and Covishield are expected to be rolled out within the next few weeks. The government today conducted its second national dry run to proof the vaccine delivery system.

The government has also listed priority groups - people who will get the vaccine first. These groups include doctors and other healthcare workers, as well as frontline staff like police community health workers and sanitation staff, who are directly involved in fighting the pandemic.

The total number of people expected to be vaccinated in the first phase is around 30 crore, including 27 crore who will be selected based on age group and comorbidities.