NBA president Rajat Sharma, in a letter to Nirmala Sitharaman said amid COVID-19 pandemic, the news broadcasters have had to take various steps which have resulted in costs going up exponentially. 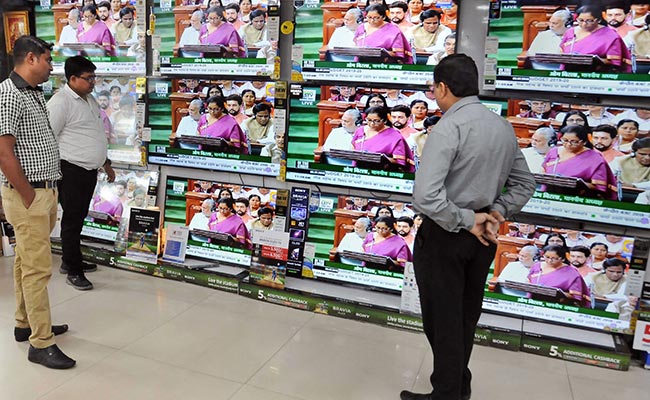 Ad agencies are putting huge pressure to defer the payments to broadcasters, said the NBA president.

The News Broadcasters Association today urged Finance Minister Nirmala Sitharaman to remove the 18 per cent GST on advertisements on broadcast media or reduce it and bring it at par with the print media industry at 5 per cent in the wake of the financial constraints being faced by the industry.

NBA president Rajat Sharma, in a letter to Ms Sitharaman, said in order to ensure social distancing and for ensuring the safety of the editorial personnel, the news broadcasters have had to take various steps which have resulted in the operating costs going up exponentially during the COVID-19 pandemic.

"You will appreciate that advertisements are an integral and essential part of the business and the main source of revenue for the news broadcasters which has come under severe pressure during this pandemic/lock down," Mr Sharma said.

Advertising agencies are putting huge pressure to defer the payments to broadcasters and to allow more time over and above the 60 days credit period, he said, adding that the recovery of bills is going to be hugely challenging, while facing an even bigger task of almost zero or negligible income in the next 30-90 days.

"While the news broadcasters are coping with the financial problems of recovery of dues, we are also faced with serious problems of advertising inventory/release orders being cancelled and inventory bookings being less than 50 percent for even the top-rated news channel," Mr Sharma said.

Poor recovery and lack of future income would mean that the news broadcasters would have to weather the storm for two or three quarters and hope for a partial recovery towards the end of the financial year, he said in the letter.

"In these trying circumstances, as part of the stimulus package, we request you to kindly remove the 18 per cent GST on advertisements or reduce it and bring it in par with the print media industry i.e. at 5 per cent," Sharma said.

It may also be kept in mind that the news genre has been recognized as an "essential service" in various government circulars and advisories and also by Prime Minister Narendra Modi in his speech to the nation, he said.

"We are sure the Economic Response Task Force under your leadership will consider the request of the news broadcasters favourably and give the much-needed relief for the survival of the industry," he said.