"Stayed For An Hour": UP Health Minister On Coronavirus Scare After Party

Uttar Pradesh Health Minister Jai Pratap Singh, who is self-isolation over fear of infection by the novel coronavirus after attending a birthday party in Lucknow on Sunday, told NDTV on Friday that all efforts were being made to identify those who had been in contact with singer Kanika Kapoor.

Ms Kapoor, who on Friday confirmed she had been infected, was at the party. So too were a number of other leaders, including BJP MP Dushyant Singh and his mother, former Rajasthan Chief Minister Vasundhara Raje. Dushyant Singh has since attended parliament and even met President Ram Nath Kovind, sparking fears of a high-profile trail of infection.

"The gathering - a birthday party - was in the garden of a private residence on March 14. My family and I, with other prominent families from Lucknow and some people from Delhi attended. I stayed there for an hour or so and left," Mr Singh told NDTV on Friday night.

Questions have been raised over the presence of several high-profile political leaders at this party, particularly at a time when Prime Minister Narendra Modi has urged people to stay at home in order to halt the transmission of the virus.

Medical experts have advised practicing social distancing - or keeping a safe distance (at least 1 metre) from other people - to minimise chances of contact.

The UP Health Minister was also asked about his government's efforts to caution people against gatherings in the state. Concerns have been raised over the fact that Ram Navami festivities will start in UP's Ayodhya next week, with tens of thousands expected to attend the final two days of the festival. 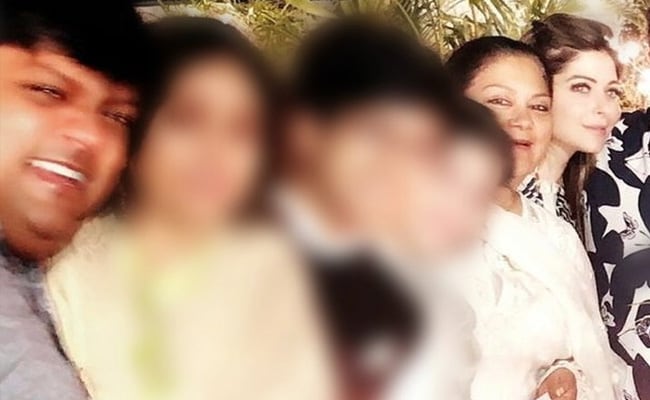 "In UP, officials have spoken to religious leaders asking them to advise against large gatherings. You cannot stop a festival from happening but we have asked people not to attend in large numbers," he said, adding that crowds at political rallies in the state had been discouraged.

Earlier on Friday a member of the organising committee told NDTV that the "Ram Kot Parikrama" event which marks the start of festivities, would be cancelled.

Similarly, questions have also been raised over Ms Kapoor saying she had tried to seek medical help after falling ill on her return from London but the authorities had failed to respond.

"Something went wrong somewhere...," Mr Singh said when asked about Kanika Kapoor not receiving help, adding, "In a situation like this we do contact tracing to identify all people she has been in contact with. In this case, everyone at the party has been told to self-quarantine".

The COVID-19 outbreak, whch is believed to have begun in China's Wuhan district in December last year, has infected over 220 people in India and has been linked to the deaths of at least four people. Worldwide this contagious illness has killed over 8,000 and infected more than 2 lakh.