One passenger from Chennai was taken to a hospital in Alexandria on Saturday, after he developed symptoms of the virus, relatives of the Coimbatore couple said. 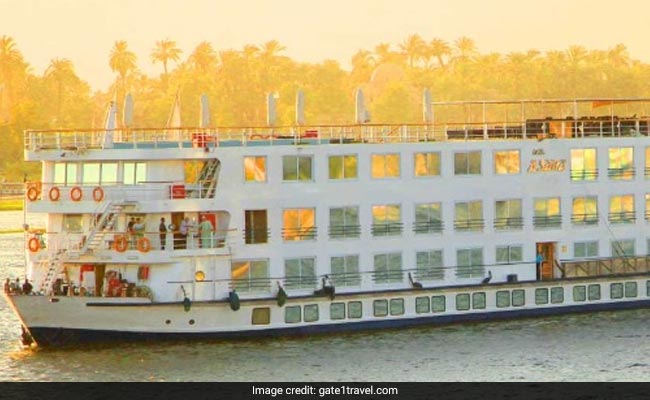 An elderly couple from Coimbatore is among the 17 passengers from Tamil Nadu stranded on a cruise ship anchored on River Nile in Egypt after 45 people onboard were evacuated for suspected coronavirus, their family said.

After the ship with 171 tourists docked near Luxor City in Egypt, all the passengers were screened and 45 passengers with suspected coronavirus infection were evacuated and later shifted to a hospital.

One passenger from Chennai was taken to a hospital in Alexandria on Saturday, after he developed symptoms of the virus, relatives of the Coimbatore couple aboard the ship said.

All the other passengers will be quarantined for 14 days, the relatives said quoting information received by them from the couple.

Rangaraj (62), the founder of children's home "Saranalayam", and his wife Vanitha (60) are among those quarantined onboard the cruise ship. They were scheduled to return on Saturday.

The passengers from Tamil Nadu, including the wife of the Chennai man who has been hospitalised, are expecting the Centre to bring them back safely, they said.

They had set out on the tour on February 27 aboard the ship "A Sara". The tour was organised by Salem-based tour operator Grand Royal Tours.

Meanwhile, Pattali Makkal Katchi leader S Ramadoss demanded that those stranded on the Egyptian ship be rescued and the government ensure that they were provided with food and medical facilities.

Proper medical assistance be provided to those being treated at a hospital in Egypt, he tweeted.