The deadly virus that first originated in the Chinese city of Wuhan in December last year has claimed over 4,600 lives and infected more than 124,330 people across 118 countries and territories. 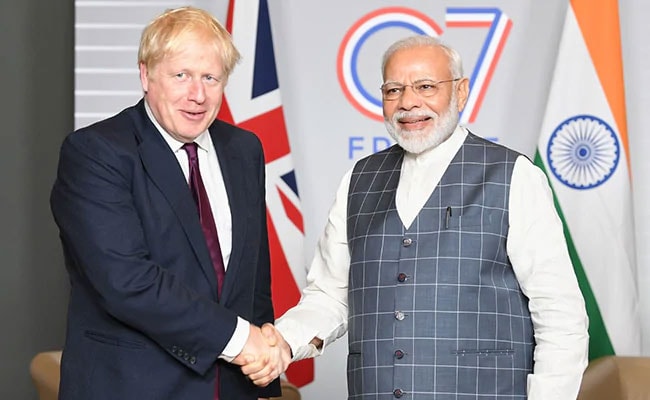 The two leaders also spoke about strengthening India-UK cooperation across all areas. (File)

The deadly virus that first originated in the Chinese city of Wuhan in December last year has claimed over 4,600 lives and infected more than 124,330 people across 118 countries and territories.

"The Prime Minister spoke to Indian Prime Minister Modi today. They discussed the coronavirus outbreak and emphasised the importance of coordinated international efforts to tackle the spread of the virus," a Downing Street spokesperson said.

While India has cancelled most travel visas until April 15 to try and curb the spread of the coronavirus, declared a pandemic by the World Health Organisation, the UK has stepped up its preparations to move from the containment phase of the fightback to delaying its spread.

The delay phase, aimed at delaying the peak of the virus to warmer months of the year, could involve "social distancing" measures such as school and public facility closures.

Downing Street said that besides measures to address the pandemic, the two leaders also spoke about strengthening India-UK cooperation across all areas, including trade.

"More generally, the Prime Minister and Prime Minister Modi committed to strengthening bilateral cooperation between the UK and India in a range of areas including trade, cultural relations, defence and technology," the spokesperson said.

The challenge posed by climate change was among the topics covered during the phone call, as Johnson welcomed India''s efforts towards increasing its energy generation through renewable sources.

"The Prime Minister raised climate change, welcoming the steps taken by India to increase generation of renewable energy and urging the need for ambitious action to deliver on the Paris Agreement," Downing Street said.