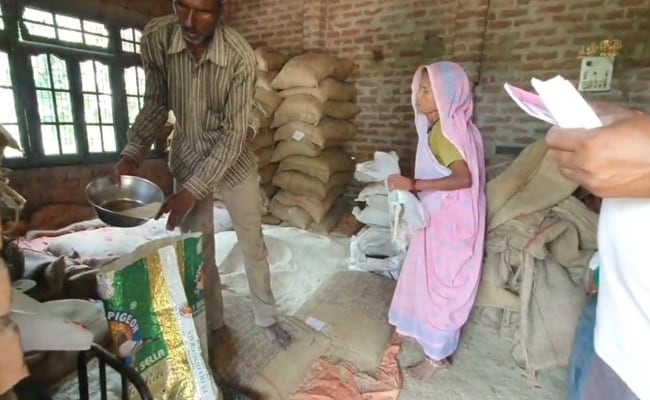 Uttar Pradesh will begin distributing free food rations from Monday to migrant workers and their families who have returned to the state amid the coronavirus lockdown, the state government said, with each person getting 3 kg of wheat and 2 kg of rice. The government said the migrant workers have already been identified and temporary ration IDs, in lieu of cards, have been allotted.

The rations will be given as part of the "Aatmanirbhar Bharat (Self-reliant India)" scheme, under which provision of free food grains - 5 kg of rice per person and 1 kg of chickpea per family - was to extended to those who do not hold PDS (public distribution system) cards for two months.

Uttar Pradesh, which has nearly 7,500 confirmed COVID-19 cases, including 201 deaths, has not been as badly hit by the pandemic as some other states; neighbouring Delhi, for example, has reported nearly 20,000 cases.

However, with lakhs of migrants returning - over 20 lakh have come back in the past two months - the Yogi Adityanath government is faced with the challenge of feeding them.

On paper, the UP government has said it stands ready to meet this challenge.

Earlier this month it said 6.94 lakh metric tonnes had been distributed among 13.88 crore people (more than half the state's population); this translates to five kilograms of rice per person. This is in addition to subsidised food grains.

The government also said 8.66 lakh new ration cards had been distributed over the past two months, including those for newly-returned migrant workers.

However, returning migrant workers in the Sonbhadra, Gonda and Deoria districts have said they are still struggling to get ration cards. Those in charge of food distribution in Sonbhadra have admitted there is a mismatch between those applying for ration cards and those actually getting them.

"A total of 18,150 people have applied for new ration cards. We have data from 7,598 people but we have reached our upper limit for the district, so we have not been able to feed the other's data into the system," Rakesh Kumar Tiwari, the district's procurement officer, said earlier this week.

Officials in Gonda in eastern UP told NDTV they had received 32,000 new applications since the lockdown was announced in March. Of these, only 10,946 have been processed.

On Sunday the UP government also released lockdown relaxation guidelines, a day after the centre extended the nationwide coronavirus shutdown to June 30.

Among other relaxations, weekly markets in rural areas will be allowed to re-open, so long as social distancing is practiced and all other precautionary measures are followed.