Unemployment increased to 7.97% from 6.5% in March, with more than seven million jobs lost last month, according to data from Centre for Monitoring Indian Economy Pvt., a private research firm. 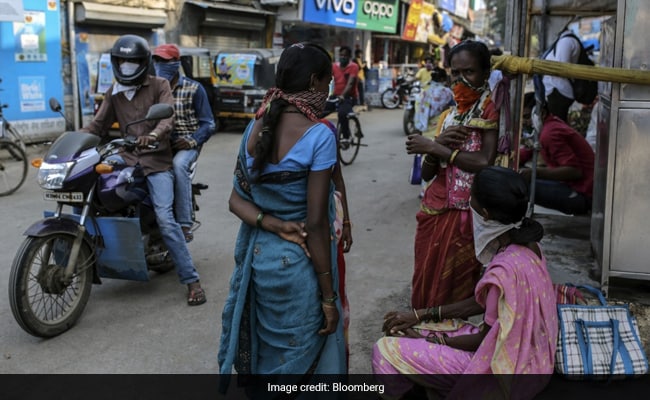 The rise in unemployment comes amid a backlash against government handling of the world's worst outbreak.

India's unemployment rate rose to a four-month high of nearly 8% in April, and the outlook remains weak with state administrations extending lockdowns to curb a record surge in virus cases.

Unemployment increased to 7.97% from 6.5% in March, with more than seven million jobs lost last month, according to data from Centre for Monitoring Indian Economy Pvt., a private research firm.

"There is a fall in the jobs available. This could be due to the lockdowns," CMIE Managing Director Mahesh Vyas said by telephone. "Since the virus is still quite intense and we are stressed on the medical health-services front, it's likely that the situation will remain tense in May as well." 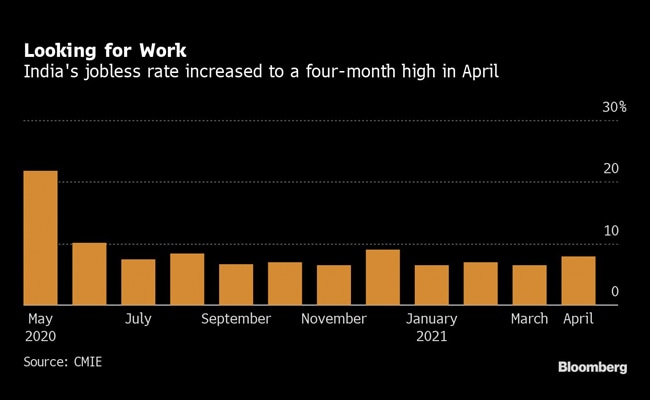 Prime Minister Narendra Modi, who announced a strict lockdown in March 2020 that resulted in millions of lost jobs and a record contraction in economic output, now is urging states to use such measures only as a last resort. Local administrations have been forced to extend curbs as the nation's creaky health infrastructure can't cope with the flood of virus cases, jeopardizing a nascent economic recovery.

The weak employment outlook is a risk for India's chances of reaching double-digit economic growth this year. Many economists already have lowered their projections, while several are warning of possible reductions if provincial curbs are extended further.

Barclays Bank Plc on Monday lowered its forecast by one percentage point to 10%, as "there is growing uncertainty around the number of cases and fatalities," economist Rahul Bajoria wrote in a research note. "Slowing vaccinations are also hurting India's recovery prospects."

The rise in unemployment comes amid a backlash against government handling of the world's worst Covid-19 outbreak. PM Modi's party lost an election in a key state, while foreign envoys are joining Indians on social media clamoring for help with few medical supplies available.

A separate survey Monday by IHS Markit showed the manufacturing sector was still losing jobs in April, though the rate of contraction was the weakest in the current 13-month sequence of job shedding. The CMIE data -- which economists track closely in the absence of real-time employment data from the government -- show joblessness is more acute in urban areas as laborers return to their villages.

The labor-force participation rate, which includes the number of people with jobs and those seeking work, declined to just below 40% in April.

"It's a double whammy for the economy," Vyas said. "Some people get disappointed and leave the labor market. The problem is the inability of the Indian economy to generate sufficient jobs for people who want them, so incomes are falling."

Anti-Conversion Law To Be Enforced Strictly In Uttarakhand: Chief Minister