The tourists have now been moved to Swarg Ashram, where they will be quarantined for 14 days - although none have shown coronavirus symptoms. 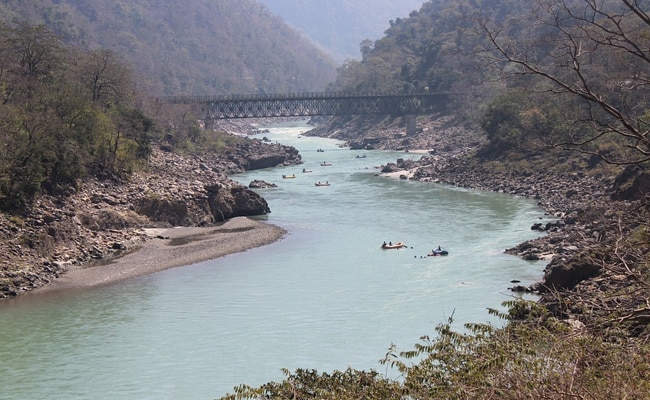 Six foreign tourists who tried to sit out the coronavirus pandemic in a cave have been sent to quarantine at an ashram near Rishikesh, a town where the Beatles also stayed after running out of money.

The four men and two women - from France, the United States, Ukraine, Turkey and Nepal - had been living in a cave near Rishikesh in Uttarakhand state since March 24, police inspector Rajendra Singh Kathait told AFP.

They have now been moved to Swarg Ashram, where they will be quarantined for 14 days - although none have shown coronavirus symptoms.

"Before the lockdown began, they were living in a hotel in the Muni Ki Reti region but they moved to the cave after they ran out of money," Mr Kathait said. "However, they had saved some money to buy food and other supplies."

The man from Nepal had been helping the group buy essential items, Mr Kathait added.

The country has been under a nationwide lockdown since late March, with residents permitted to leave their homes only for essential services such as buying groceries or medicine.

The lockdown was due to be lifted on April 15, but has been extended to at least May 3.

Some sectors - including agriculture and manufacturing - will be allowed to re-open from Monday to ease the hardships of the poor.

About 700 foreign tourists remain in Rishikesh, according to the state's tourism department, and the government has launched the website "Stranded in India" to help travellers from abroad.

The town was made famous by the Fab Four, who came to Rishikesh in 1968 looking for refuge from Beatlemania, for spiritual enlightenment and to immerse themselves in Indian culture.

Numerous governments, including Germany, the US and Britain, have chartered flights to take their nationals home from India.

India has reported more than 15,700 coronavirus cases including 507 deaths from the disease.