US Vs Germany On India Vaccine Patent Waiver Proposal. What Happens Next

India and South Africa have proposed a broad waiver from the Trips agreement's rules on the production and export of vaccines and other critical medical goods needed to combat the Covid-19 virus. 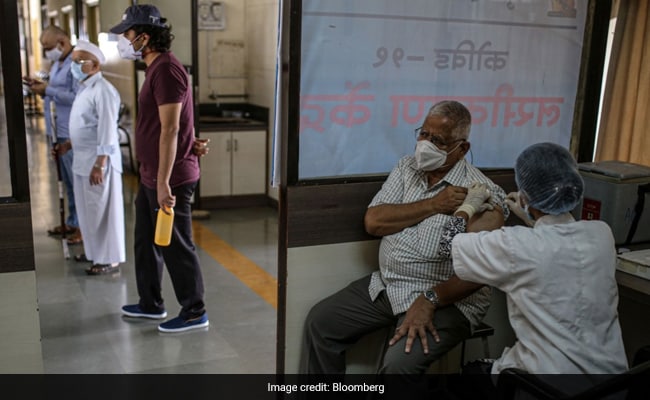 Drug companies have a powerful ally in Germany, along with other nations.

The pharmaceutical companies hate it. The Biden administration is embracing it. Now, finding common ground for wider distribution of Covid-19 vaccines in poorer countries falls to the World Trade Organization -- a body known more for its inability to do international deals than to clinch them.

Drug companies have a powerful ally in Germany, along with other nations, opposing a waiver of rules protecting the intellectual property behind the vaccines. When the U.S. backed that waiver, it sent shares of American and European vaccine makers tumbling on Wednesday.

At issue is an arcane 1995 WTO agreement on trade-related aspects of intellectual-property rights, known as Trips. It provides enforceable rules for safeguarding trademarks, designs, inventions and other intangible goods in global trade. Trips has re-entered the political lexicon amid a debate over how to stem the current surge in the pandemic in lesser-developed countries.

India and South Africa have proposed a broad waiver from the Trips agreement's rules on the production and export of vaccines and other critical medical goods needed to combat the Covid-19 virus.

Enter the WTO's new director-general, Ngozi Okonjo-Iweala, who officially began her tenure in Geneva just over two months ago.

A former Nigerian finance minister, she's offering an alternate approach -- a so-called third way -- whereby private companies engage in licensing agreements with nations to share some but not all of the knowledge and designs needed to produce vaccines in the developing world.

On the surface, the request from poorer nations is simple. With less investment firepower and other resources to develop vaccines and medical technologies, they should be allowed to do everything they can to treat their citizens without fear of punitive trade retaliation.

Citing a moral imperative to save lives, waiver proponents like the humanitarian organization Médecins Sans Frontières argue that it's unconscionable for wealthy nations to hoard vaccine know-how and for pharmaceutical companies to prioritize profits over lives in poor nations.

But the broader implications of the request are not so simple.

While India and South Africa say IP rules for vaccines create unnecessary hurdles to ending the pandemic, opponents of the waiver argue that enforceable IP rules are critical tools that incentivize companies to take the very kind of risks that resulted in the development and deployment of multiple Covid-19 vaccines in less than a year.

Chancellor Angela Merkel weighed in against the U.S.'s support of the waiver, with a German government spokeswoman on Thursday saying it would create "severe complications" for the production of vaccines.

"The limiting factor for the production of vaccines are manufacturing capacities and high quality standards, not the patents," the German government spokeswoman said. "The protection of intellectual property is a source of innovation and this has to remain so in the future."

Given the differing views in the European Union, there are likely to be negotiations, WTO spokesman Keith Rockwell said.

"It's such an important issue that there needs to be some form of movement," he told reporters." "Let's see if the EU comes forward with some other kind of idea. We'll have to wait and see how that goes."

Production of the vaccine has been stymied by regulatory hurdles even for manufacturers who hold IP rights -- such as a massive U.S. vaccine plant in Baltimore that was once supposed to be a backbone of vaccine production in that country for both Johnson & Johnson and AstraZeneca Plc, but remains mired in safety reviews.

Regardless of the merits of either argument, India and South Africa have won widespread public backing. Biden's support for the waiver also earned him a swift political victory with Democratic progressives.

Speaking Thursday, International Monetary Fund Managing Director Kristalina Georgieva said she sees strong economic arguments for removing barriers to vaccine production and distribution, but cautioned that a waiver on intellectual-property protections must be accompanied by a transparent process for allocating doses, and with anti counterfeiting measures.

The WTO solution acknowledges that some major developed economies will never permit the dismantling of a major WTO agreement, while at the same time encourages the private sector to deliver more jabs to people in poorer nations -- even if it means sacrificing some return on investment.

The U.S. expects negotiations will take a while, White House spokeswoman Karine Jean-Pierre told reporters on Air Force One on Thursday.

"It's not going to happen tomorrow or the next day -- it will take a few months before this happens, and we will continue to have the conversation and also just continue the negotiation," she said.

The U.S. doesn't view a waiver to be a silver bullet, but considers that approach as part of a broader global effort to fight the pandemic, according to a Biden administration official familiar with the matter.

U.S. Trade Representative Katherine Tai noted that it's a tall task facing the WTO, after much internal discussion at the White House in recent days.

White House Chief of Staff Ron Klain said Tai would work with the WTO to see how vaccines can be "more widely distributed, more widely licensed, more widely shared" -- a hint at a third-way solution.

The U.S. in the meantime is pressing ahead with increasing the manufacturing capacity for and production of raw materials -- shortages of which have hampered vaccine output and spurred accusations that the U.S. was gobbling up precious supplies.

A European participant in the IP protection debate on Thursday signaled that middle ground is achievable at the WTO.

"It is very positive that the United States is now signaling that it will commit itself to finding a solution that is less far-reaching than the proposal that was originally on the table, and on which there was great disagreement," Norway's foreign ministry said in a statement. "This could be a limited and targeted measure to avoid patents being a possible bottleneck."