Assam coronavirus: The significant point, according to the clinical study, is that virus spread at special quarantine centres of paramilitary forces was much higher at 18 per cent compared to 4 per cent under home quarantine 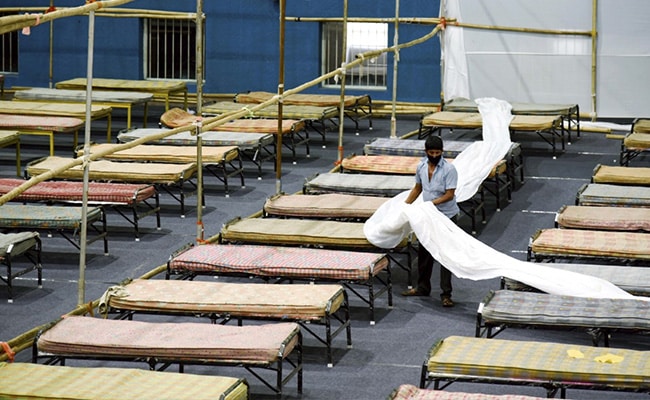 A study in Assam on monitoring some 40,000 people under home quarantine has suggested high chances of coronavirus spread by both asymptomatic and symptomatic people through use of common toilet. The finding is significant. The Assam Police monitored home-quarantined people with the help of Dibrugarh-based Pratishruti Cancer and Palliative Trust, and found 123 people positive.

One of the key objectives of the monitoring and the subsequent analysis was to find out whether common toilets and spread to close contacts are linked to coronavirus transmission.

The people were monitored from May to July. All the cases that were studied had been confirmed positive via the RT-PCR method and had agreed to participate in the study.

82 per cent of the people was asymptomatic. The study found that only 4 per cent of an entire household of a person in quarantine got infected due to awareness on proper toilet use and over 80 per cent of the population has independent toilets at home.

The significant point, according to the clinical study, is that virus spread at special quarantine centres of paramilitary forces was much higher at 18 per cent compared to 4 per cent under home quarantine. These special quarantine facilities have common toilets and are used by infected people, the study said.

"The relation of symptomatic/asymptomatic cases and subsequent positive members in the family is not much clear as other confounding factors were not controlled such as toilets. The sharing of common toilets by family members  were found to be the main case cause. Living within the facility (quarantine centre of CRPF, all tenants of a single campus) found to be the common risk behaviour and strongly suspected to have caused  transmission to close contacts," the study said.

NDTV has a copy of the study, which has been sent for publication in the journal of the Indian Medical Association.

There were 31 per cent people under quarantine who were from the armed forces or had to use common space like barracks. "18 per cent cases tested positive only in second test which indicates cross infection borders," the study said.

"We had a case study. A symptomatic healthcare professional working from home tested positive along with another family member, indicating he was the source. They used the family toilet. The source could be surface, droplet or anything within the family," said the lead researcher of the project Dr Gayatri Gogoi, assistant professor at Assam Medical College, Dibrugarh.

"Another asymptomatic person who travelled with his minor son and quarantined at home was tested positive. But his son was negative. A second test turned out positive for his son and another two members in the family. So the source could be the common toilet they have been using," Dr Gogoi said.

The Assam study added that their data from special quarantine facilities of the paramilitary CISF, BSF and ITBP where there are common toilets showed that a majority of them tested positive, so more people staying in such facilities need to be tested. The study indicated a common source like toilet, irrespective of their symptomatic or asymptomatic condition.

A study by a research group in Hyderabad had also found coronavirus particles in sewage water. With this finding, the group is of the view that there could be some six lakh cases in Hyderabad alone, which is six times the total in entire Telangana.