Desperate For Some Work, Any Money: Plight Of Migrant Workers In Cities

India's formal economy -- the part that can be measured through tax receipts -- was just starting to show some signs of bottoming out after a poorly conceived ban on high-value currency, new sales tax and shadow banking crisis had hobbled growth in recent years. 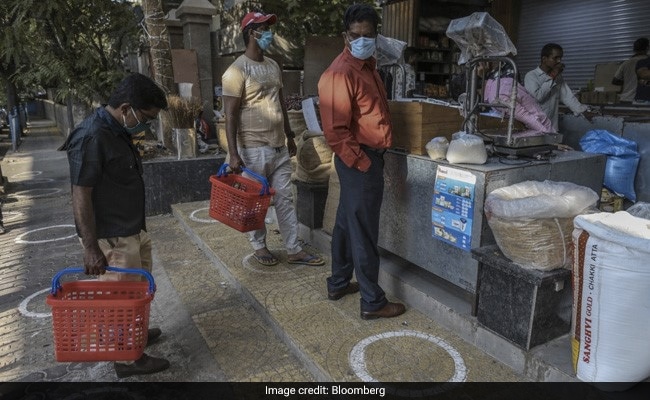 In Delhi, the usual hustle and bustle of business on the roads and in markets has fallen silent

Chandrakant Thakur ekes out a living by zooming around Mumbai on his beaten up scooter dodging pedestrians, street dwellers, cars and sometimes cows to deliver meals. Now, with the streets eerily empty amid the city's virus lockdown, he faces a stark choice: stay and survive on half his regular pay or return to his family in the state of Bihar.

"If the virus doesn't get me, hunger will," said the 28-year-old. While his income from delivering dishes like chicken curry and fried rice has been as low as 300 rupees ($4) a day recently -- barely enough to survive on -- he's going to stick it out for now in the nation's financial capital as the outlook in his home province is even grimmer.

India's formal economy -- the part that can be measured through tax receipts -- was just starting to show some signs of bottoming out after a poorly conceived ban on high-value currency, new sales tax and shadow banking crisis had hobbled growth in recent years. Then the virus came, prompting an unprecedented 21-day lockdown of 1.3 billion people to prevent its spread.

It's gig workers and migrants like Chandrakant Thakur, many of whom work in the informal sector, that are the most vulnerable. Hundreds of thousands of them decided to leave for their homes before the lockdown kicked in on March 25, sparking an exodus that many are making by foot back to their villages -- a scene reminiscent of the days immediately after India's independence in 1947.

"Informal firms have insufficient access to formal finance and can go into distress quickly when cash flow becomes irregular."

In Delhi, the usual hustle and bustle of business on the roads and in markets has fallen silent -- the little shops and food vendors on the sidewalks are gone and almost every shop except the odd grocery store or pharmacy in usually crowded shopping areas is shut. It's a similar scene in Mumbai, where the few people who do venture out maintain distance from each other in queues at grocery shops, which are exempt from the lockdown. 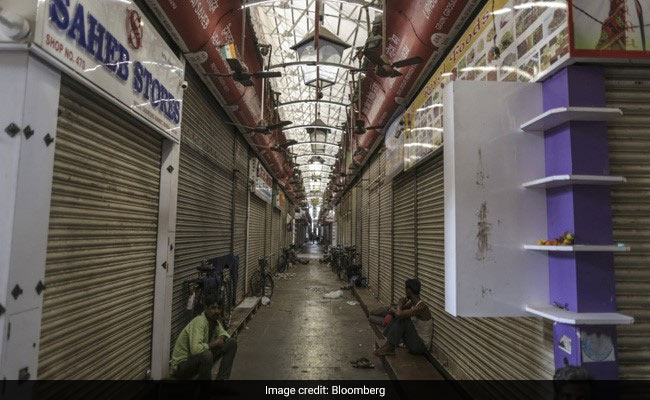 People sit outside shuttered stores at Crawford Market in Mumbai

Informal enterprises -- the so-called parallel economy -- account for around 85% of overall employment and around 40% of GDP. As millions are reduced to subsistence living, and even worse in some cases, consumption is set to spiral lower, weighing on a sector that makes up some 60% of India's economy.

It's yet another headwind for Prime Minister Narendra Modi's dream of doubling the size of the economy to $5 trillion by 2024. In a bid to cushion the blow, the government has announced cash support for informal sector workers and PM Modi has even made a rare apology for the hardships they face.

PM ⁦@narendramodi⁩ apologises to people for hardships due to lockdown, says there was no other option to fight coronavirus. #MannKiBaathttps://t.co/L8eZj5WbYp

Meantime, the central bank stepped in on March 27 with unprecedented measures that included lower borrowing costs, $50 billion of liquidity to banks to expand credit and freedom to lenders to suspend some loan repayments for three months.

Even with that fiscal-monetary combination, the economy is poised to shrink in the quarters ahead. While slower growth means economic hardships and joblessness in developed nations, that scale of slowdown in India is set to see millions suffer in poverty, struggling to even feed their families.

There is a "pressing need for further action," said A. Prasanna, an economist at ICICI Securities Primary Dealership in Mumbai. "The magnitude of the problem is such."

Some analysts are already calling the government to loosen the budget, with Fitch Solutions seeing the shortfall widening to 6.8% of gross domestic product from the current 3.5% aim for the fiscal year which just started on April 1. To fund the deficit, Prasanna favors amending the law to let the Reserve Bank of India directly buy bonds from the government. That would be an extraordinary move for a developed nation to take, let alone an emerging one.

Other economists have called for more rate reductions, support programs for small and medium scale businesses and handing out cash to the poor under a universal basic income program.

Yet India, as an emerging market with dual trade and budget deficits, is constrained in what it can do. Unlike countries with vast savings pools like China and Japan or the U.S. and Europe which print currencies that others are happy to invest in, India must offer enough return on its debt to lure international buyers who can fund those deficits. It must also worry about the currency -- hovering near historic lows -- for fears further devaluation will spur an acceleration in capital outflows.

"The fiscal situation was weak before the virus outbreak," Chakravarthy Rangarajan, a former central bank governor told BloombergQuint. "The coronavirus has added to the problem," he said, adding that unless the lockdown is lifted, production will suffer and most policy initiatives are likely to come to naught.

For India, it's a turnaround from the start of the year, when greenshoots were becoming visible in Asia's third-largest economy. Even as the virus ravaged China, there was confidence that India would escape its path, as it had escaped SARS 18 years ago. Then the cases began to rise, triggering restrictions on travel and movement of people that have already hit the organized sector hard.

Service-driven industries from airlines to hotels to entertainment centers bore the brunt immediately, while the blanket social distancing order soon meant manufacturers had to suspend operations.

Such disruptions are also bound to mean more pain for India's creaking banking system, which is already saddled with the highest stressed-asset ratios in the world -- one of the reasons for a slowdown in lending that's been a brake on investment.

Production halts will also likely inflate the ranks of the unemployed, which according to the Center for Monitoring Indian Economy Pvt. rose to 7.8% in February from 7.2% a month earlier. A further 10 million hit the job market every year, meaning that number is set to swell beyond what some economists say is already the worst jobs market in 45 years.

And people like Najma, a 34-year-old migrant worker on the outskirts of New Delhi, aren't even counted in such measures. She lost her $80-a-month job as a maid in private residences and her partner who does menial work is also struggling to find employment.

"Both me and my husband are sitting at home," said Najma, who worries about running out of food and falling behind on rent. "The decision of lockdown is bad for the poor. If we don't earn, what do we eat? The rich can stock up and stay in the luxury of their homes, but for us it's a question of survival."