But doctors are worried that India is letting its guard down again, just like in January and February before a devastating coronavirus surge that led to a near-collapse of the healthcare system. 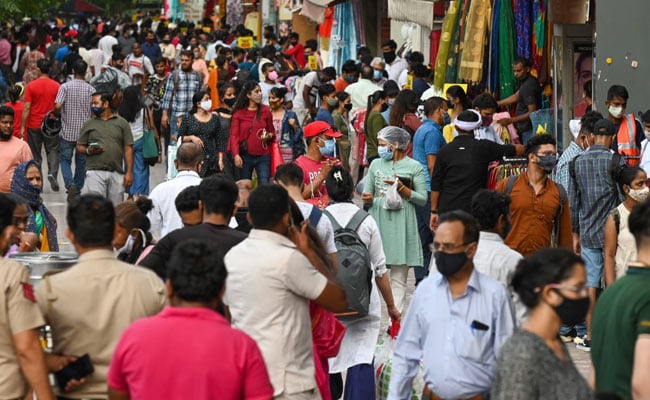 A few weeks ago, Delhi's crematoriums were operating around the clock dealing with Covid-19 victims. Now the shopping malls and markets are buzzing again.

But doctors are worried that India is letting its guard down again, just like in January and February before a devastating coronavirus surge that led to a near-collapse of the healthcare system.

Clutching a bag of clothes as she shopped with her new husband at Delhi's busy Select City Walk mall, Surili Gupta said she was "fed up being cooped up inside".

"I needed this break, for how long you can remain locked up?" the 26-year-old sales executive told AFP as she waited for a table at the mall's packed food hall.

"The coronavirus is not going any time soon, so one has to learn to live with it. I am sure with the vaccinations and all, we will be fine." 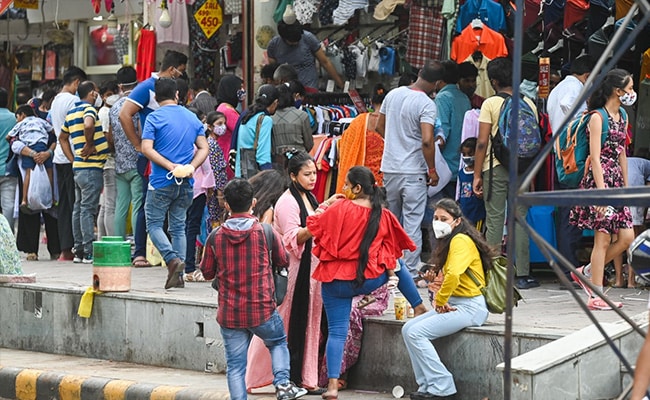 People throng Sarojini Nagar market for shopping after authorities eased a lockdown imposed as a preventive measure to curb the spread of the Covid.

Behind her, a big weekend crowd chatted and laughed over dosas and Chinese noodles, paying scant regard to public announcements reminding them about social distancing and wearing masks.

A couple queueing at a popular burger joint squabbled, masks hanging from their faces.

Not far away, shoppers thronged the open-air warren of shops and stalls at Lajpat Nagar market, bargaining for scarves, bangles and cheap cosmetics.

There was lively trade for food vendors, who sold kulchey-chholey -- flatbread served with spicy chickpeas -- and other favourites to punters, masks dangling as they ate.

"I would not have come today but it was very urgent," Prerna Jain, 21, a college student who had come with her mother, told AFP.

"My cousin is getting married and I needed to buy some stuff. I know it's not yet safe but what can I do? This (event) is equally important."

Delhi, a megacity of 20 million people, saw horrendous scenes in April and May when coronavirus cases went through the roof, as they did across the country.

Crematoriums ran out of space, burning bodies day and night, as gasping patients died outside hospitals, unable to get beds, oxygen and drugs.

The death count more than doubled to more than 330,000, according to official figures. Many experts suspect the true count is over a million. Now, the surge is over and authorities are loosening lockdowns, letting people work and shop again.

The surge was blamed on new virus variants but also on the government having allowed massive religious festivals, state elections and crowds at cricket matches.

Now, the surge is over and authorities are loosening lockdowns, letting people work and shop again.

On some days in Delhi now, there are no funerals for Covid-19 victims, down from 700 a day during the recent peak.

Sandeep Budhiraja, medical director at Max Healthcare in the capital, said he was surprised at people's short memories.

"People are just behaving as if nothing happened just about two, three weeks back. And this is... amazing," Budhiraja told AFP.

But while this will likely lead to a sharp rise in cases, for a new "explosion" a new virus variant would have to take hold, he said.

A new variant, "Delta-plus", has been identified, which appears more transmissible and more resistant to treatment, he added.

One reason for hope, however, is that unlike in January and February, the authorities are preparing the healthcare system for another wave, Budhiraja said.

But vaccinations remain slow. Barely five percent of Indians have had two shots.

"Until the country is vaccinated, with over a billion people getting vaccinated, there is no way we can ever think of the pandemic coming to an end," Budhiraja said.