The winter session of Parliament must be convened at the earliest "in view of the farmers' unrest, Chinese aggression, COVID crisis and the sliding economy", Mr Tewari said in a statement. 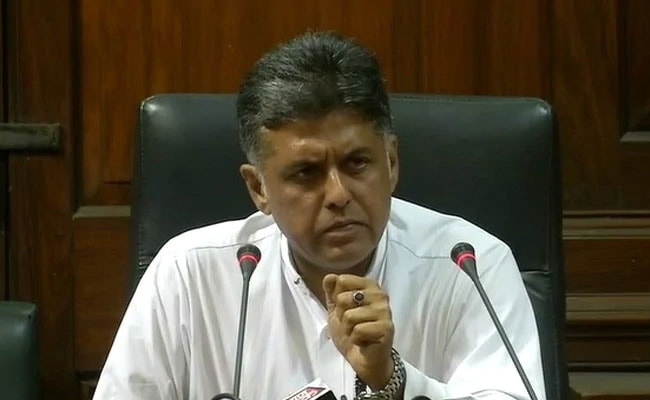 Congress leader Manish Tewari on Thursday demanded that the winter session of Parliament be convened at the earliest to debate various pressing issues facing the country like the ongoing farmers' protest against agriculture reform laws, Chinese aggression and the COVID-19 crisis.

The Lok Sabha MP from Anandpur Sahib in Punjab said parliamentarians "owe it to the country to lead by example by not avoiding our duties because of COVID".

The winter session of Parliament must be convened at the earliest "in view of the farmers' unrest, Chinese aggression, COVID crisis and the sliding economy", Mr Tewari said in a statement.

"It is all the more important to convene the parliament for the winter session in view of the farmers' uprising when tens of thousands of farmers from different parts of the country are protesting around Delhi to seek the repealing of three controversial agricultural laws," the former Union minister said.

"And the parliament is the best forum to debate and deliberate on these while keeping in view the concerns and demands of the farmers," he added.

Farmers from Punjab, Haryana and other states have been camping at five border points of Delhi for over a week now to protest the Centre's three agriculture reform laws which were enacted in September.

Farmer unions say the new laws will lead to the dismantling of the minimum support price (MSP) system, leaving farmers at the mercy of corporate houses.

But the government says the MSP system will continue and the new laws will give farmers more options to sell their crop.

Mr Tewari pointed out that various parliamentary committees, like Standing Committees and Joint Parliamentary Committees, are already holding regular meetings "and there is no logic or reason to skip the winter session of the House".

"Skipping an entire session of the parliament will not only set a bad precedent but will send a wrong signal across the country," he said.

"The show must go on while observing all the necessary precautions and protocols," the Congress leader said.

Last month, Lok Sabha Speaker Om Birla had said the Lok Sabha Secretariat is ready to hold the winter session but the dates will be decided by the Cabinet Committee on Parliamentary Affairs.