The meeting of 'Japan-India Act East Forum' was held on October 8 under the co-chairmanship of Japan's Ambassador Kenji Hiramatsu and Foreign Secretary Vijay Gokhale. 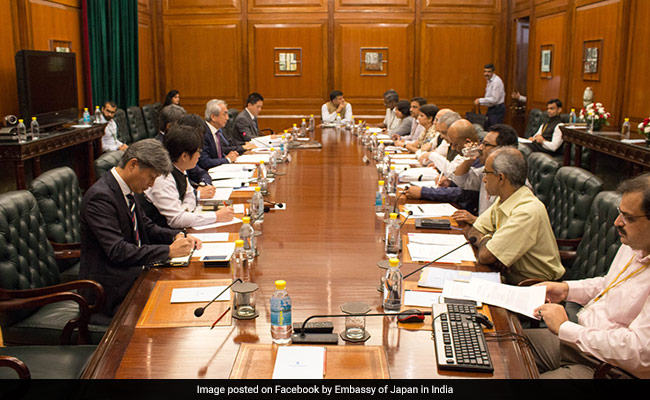 India and Japan have held the second meeting of their Act East Forum, during which they agreed to boost cooperation on connectivity projects in the northeast, a Japanese Embassy statement said.

The meeting of 'Japan-India Act East Forum' was held on October 8 under the co-chairmanship of Japan's Ambassador Kenji Hiramatsu and Foreign Secretary Vijay Gokhale.

Ambassador Hiramatsu emphasised on cooperation in the northeast region, ranging from connectivity to people-to-people exchanges and the need to come up with concrete projects, the statement said.

The forum witnessed lively discussions, in which the representatives from relevant ministries and states of the North-East region shared their views, the statement said.

"As a result of the meeting, future orientation of cooperation in northeast was confirmed, ranging from the road and bridge connectivity projects; forest management projects in states of Tripura and Meghalaya; a new initiative to utilise bamboo which is abundant in the region; and to enhance people-to-people exchanges," it said.