The CWC meeting, to be held at party chief Rahul Gandhi's residence, will be the second one under his chairmanship. 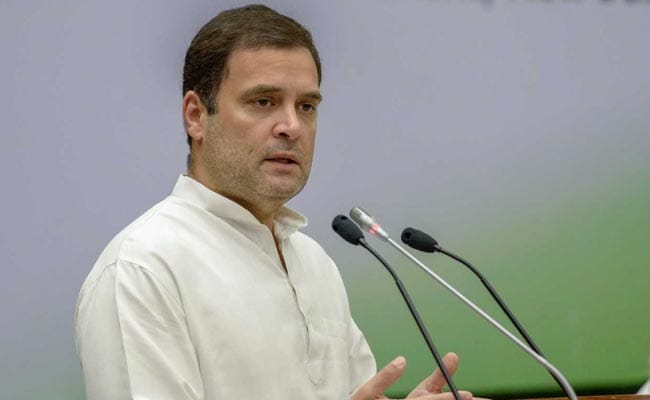 The Congress Working Committee will meet in Delhi on August 4 and is likely to discuss, among other things, the political situation in the country and the final draft of the National Register of Citizens in Assam.

The meeting, to be held at party chief Rahul Gandhi's residence, will be the second one under his chairmanship.

The Congress has slammed the Narendra Modi government over the NRC, saying the highly sensitive exercise has been "tardy" and led to massive insecurity in Assam.

The NRC draft, published on July 30, has excluded 40 lakh people.

The meeting of the CWC, the Congress' highest decision-making body, is also expected to discuss the preparations for the Assembly polls in four states this year and the ticklish issue of alliances for the 2019 Lok Sabha elections.

The CWC meeting last month had authorised Rahul Gandhi to take decision regarding alliances to oust the BJP-led government at the centre. Mr Gandhi had said after the meeting that a group will be formed to discuss the alliances.