The politics in Maharashtra has been on the boil since the governor last month termed Shivaji Maharaj as the symbol of the "olden days". 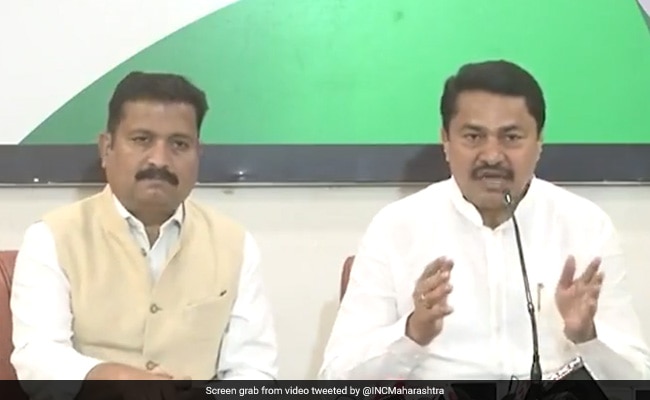 Nana Patole was addressing a press conference in Mumbai.

Addressing a press conference, Mr Patole also said the farmers whose crops have been damaged due to unseasonal rains are not getting compensation even as they paid a premium to insurance companies.

Mr Patole said Congress has been asking farmers who have paid premium to submit their papers in every taluka/ tehsil. He said the Congress party will seek answers from these crop insurance companies.

"State Governor Bhagat Singh Koshyari ji, BJP spokesperson Sudhanshu Trivedi passed remarks against Shivaji Maharaj. Yesterday (BJP minister Mangal Prabhat) Lodha, went a step further in this. My appeal is that the MLAs and MPs of the BJP, which has been inspired by the ideals of Chhatrapati Shivaji, should resign if they have any respect for Shivaji Maharaj," Mr Patole said.

"On the one hand, you praise Shivaji Maharaj, while on the other you insult him. You do not have the right to stay in the government," he said.

The politics in Maharashtra has been on the boil since the governor last month termed Shivaji Maharaj as the symbol of the "olden days".