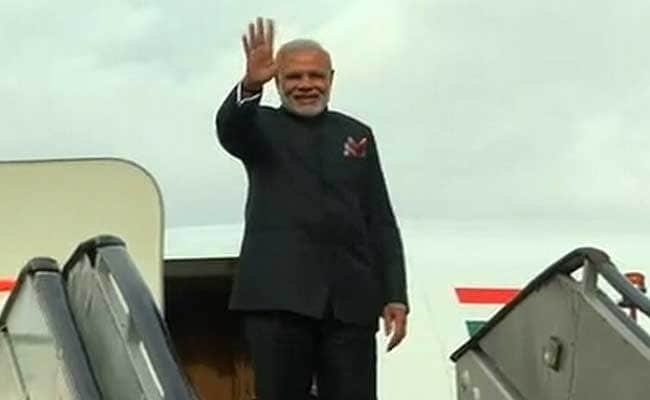 New Delhi: The opposition has criticised Prime Minister Narendra Modi's sudden decision to "drop by" in Pakistan on his way back home from Afghanistan this afternoon, also questioning the manner in which the visit was announced.

"The move, if not preposterous, is utterly ridiculous. You can't do such things in such a cavalier manner," said the Congress' Manish Tiwari, who also warned, "PM Modi's adventures will have serious implications."

The Janata Dal United said it was "shocked." Senior leader KC Tyagi said, "I am stunned and shocked. At this moment, I can think of beheaded Hemraj." Lance Naik Hemraj was beheaded by Pakistani soldiers on January 8 last year in the Poonch sector of Jammu and Kashmir.

And Ashutosh of the Aam Aadmi Party tweeted:

it's BJP/Modi who has been opposing talks with Pak during Manmohan time under the pretext of Pak sponsored terrorism. What has changed now ?

The ruling BJP countered the criticism, with party spokesperson Nalin Kohli saying, "Better ties with Pakistan are in the interest of the region. If two nations are trying to work out ties, we must welcome it."

PM Modi announced his visit - his first to Pakistan since taking office last year and the first visit to the country by an Indian prime minister in 12 years - in a tweet.

Looking forward to meeting PM Nawaz Sharif in Lahore today afternoon, where I will drop by on my way back to Delhi.

Spoke to PM Nawaz Sharif & wished him on his birthday.

The Congress has objected to the visit being announced casually. "It is unfortunate that we get to know about the prime minister's visit through a tweet... India and Pakistan relations are not so good as yet that he stops over there on his way back from another country," the party's Ajoy Kumar told news agency IANS.

Government sources told NDTV that the PM's visit was decided only this morning, a "spontaneous" move that happened when he called up Mr Sharif to wish him a happy birthday.

"That's like a statesman. Padosi se aise hi rishte hone chahiyen (ties with neighbours should be like this)," foreign minister Susma Swaraj has tweeted.