The Congress veteran Karan Singh wrote that Sita statue deserves a respected place in Ayodhya as she never got to live in the holy city. 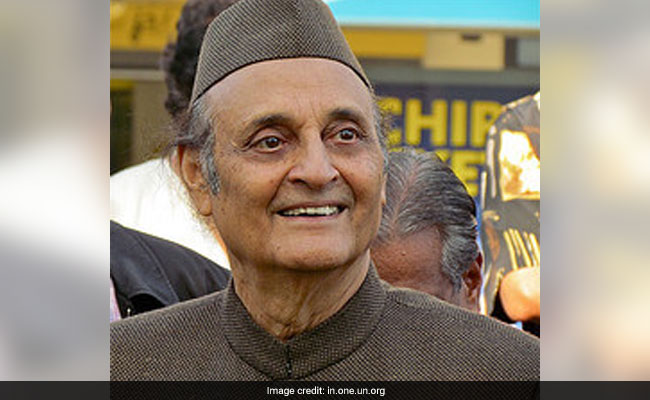 A giant Lord Ram statue planned in Ayodhya should have one of Sita by its side, Congress leader Karan Singh has suggested in a letter to Uttar Pradesh Chief Minister Yogi Adityanath. "If you have taken the decision to construct a magnificent idol of Lord Rama, then it is better to reduce the height of Rama statue to half and build a couple statue of both Ram and Sita instead," Mr Singh wrote of the 221-metre statue project announced by the Uttar Pradesh government two weeks ago.

The Congress veteran wrote that Sita statue deserves a respected place in Ayodhya as she never got to live in the holy city. "After getting married, Sita came to Ayodhya, but soon after she had to accompany Ram and Laksmana on a 14-year exile. During that time, she was kidnapped by Ravana and had to live in captivity in Sri Lanka,"  Mr Singh said.

After Sita was saved by Ram, she had to take the 'agni pariksha (trial by fire)', he added, and she had to then spend the rest of her life in exile depite being pregnant.

"Sita deserves her place in Ayodhya," Mr Singh suggested in the letter. 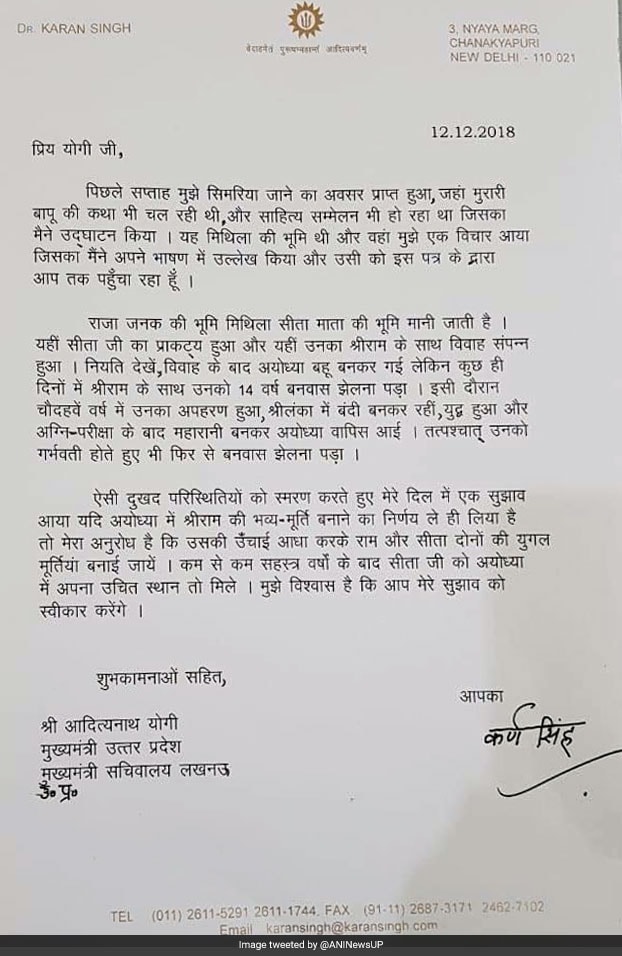 The Uttar Pradesh government had announced that the proposed statue of Lord Ram would be made of bronze and will measure 221 metres along with its pedestal, and the "chattra" over his head would be 20 metres, a press release by the state government had said. A representational photograph of the statue was also shared with the media. The possible location or cost of the statue were not detailed.