"Congress Has No Respect For Tribals In Country": PM Modi

Addressing a public rally at Netrang, a tribal area of Bharuch district in poll-bound Gujarat, PM Modi also said that the entire world was amazed at how India has come out of such a big pandemic of COVID-19 in such a short span. 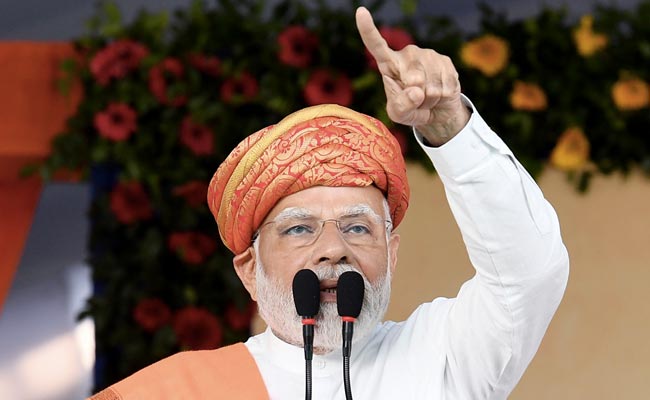 Narendra Modi accused Congress of having no respect for the tribal community. (File)

Prime Minister Narendra Modi on Sunday accused the Congress of having no respect for the tribal community in the country, and said it even opposed the candidature of Droupadi Murmu in the presidential election held earlier this year.

Addressing a public rally at Netrang, a tribal area of Bharuch district in poll-bound Gujarat, PM Modi also said that the entire world was amazed at how India has come out of such a big pandemic of COVID-19 in such a short span.

"Congress has no respect for tribals in the country...We decided to make our tribal daughter (Droupadi Murmu) the president of the country. We went to the Congress with folded hands to accept her (support her candidature), but they opposed. We put all our might and made the tribal daughter win the election," PM Modi said.

"Be it Birsa Munda or Govind Guru, the Congress did not give respect to tribal leaders of the country," he further alleged.

The PM said the outbreak of COVID-19 pandemic in a big country like India was terrifying.

"The whole world faced such a terrifying pandemic. If someone gets sick at our home, we take four to five years to come out of it (financial effect). We faced the pandemic in such a big country. But the way we came out of it, the entire world is amazed. They are not able to understand how it happened," PM Modi said.

"Factories got closed; people had to go back to their villages. In such circumstances, our first concern was there should be enough food for poor people; a child of a poor should not go to sleep without food. So we have been providing free ration to 80 crore people for the last three years," he said.

"Secondly, to fight the pandemic, vaccination was crucial. Even now, many countries are struggling to vaccinate their entire population. We have given more than 200 crore doses of anti-coronavirus vaccine. After two doses, we provided a booster dose also free," PM Modi said.

The prime minister said that the Digital India campaign has brought about a revolution in the country.

If the Congress was in power, your mobile bill could have been around Rs 4,000 to 5,000 per month, which is minimal now. "We made data affordable," he said.

Speaking on the Pradhan Mantri Awas Yojana (PMAY), he said that in the past, specification of houses built under government schemes were set by the people sitting in Gandhinagar or Delhi.

"But we changed the rules. How can a person sitting in Delhi know what is the requirement of a tribal person who is in poultry farming? We said that you should trust our people as nobody will build an inferior quality home for themselves," the prime minister said.