The Congress also accused the Election Commission of acting "as per instructions of the BJP". 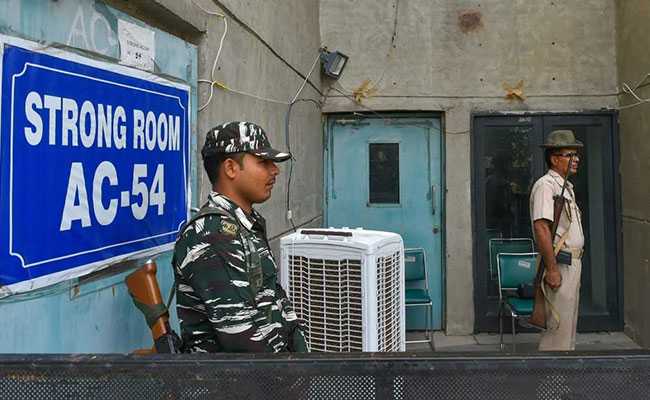 The Congress on Wednesday demanded that CCTV feed from strong rooms across Assam be made available to candidates.

Assam Congress president Ripun Bora wrote a letter to the state Chief Electoral Officer Nitin Khade seeking access to CCTV feed from strong rooms to allay doubts about the security of Electronic Voting Machines kept there, and asserting that it will make the process more transparent.

In the letter, the Congress also accused the Election Commission of acting "as per instructions of the BJP".

"After the second phase, when many issues relating to EVMs surfaced, the EC assured us that no such incident would happen in the third phase. But we are getting reports of people detecting EVMs being transported in unauthorised vehicles during the last phase of assembly polls yesterday."

"We thought EC would learn from its mistakes, but we were wrong. It proves that EC functions as per the instructions of the BJP. It is not neutral," Mr Bora said at a press conference here.

The poll body should clarify under what circumstances the EVMs were being transported by election officials allegedly without security personnel at several places while voting for the third phase of assembly polls was underway on Tuesday, Mr Bora said.

Referring to an incident involving alleged shipment of truckload of EVMs from Tezpur to a strong room in Amingaon during 2019 Lok Sabha polls, Bora said, strong rooms can be manipulated by the BJP as "It is losing and now wants to win by any means".

"There should not be any problem in giving access to CCTV feed as it is already being monitored by the Returning Officer from his office. So technically it can be done. Moreover, it is not illegal," the state Congress chief said.

The Congress had written to the CEO on March 28 requesting permission for installing CCTV cameras in the premises allotted to party candidates in front of the strong rooms, but there has been no response to it till now, he said.

"This time, awareness among people is high. They are detecting anomalies and transportation of EVMs in private cars across the state. We appeal to them to remain vigilant outside strong rooms so that no one can manipulate the EVMs stored there," Mr Bora said.

"The Gauhati East BJP candidate and minister Siddhartha Bhattacharya was found to have misbehaved with a police officer. Why has no action been initiated against him? The Patharkandi BJP MLA''s car was used to carry EVM machines and he has not been arrested yet," Mr Bora alleged.

Talking about the poll prospects, the state Congress chief said the opposition''s Grand Alliance will win over 100 seats out of 126 as per "independent" surveys done by some agencies.

Union Home Minister Amit Shah had on April 2 sought a inquiry by the Election Commission after a row erupted over a polling team in the state being found carrying an EVM in the vehicle belonging to the wife of a BJP candidate.

Taking cognizance of the controversy, the poll panel had suspended the presiding officer of the polling station, where the EVM was ballotted, and three other officials on April 2.