Several Congress leaders, including Jagdish Tytler and Sajjan Kumar are still under investigation for instigating the riots. The leaders have denied the allegations. 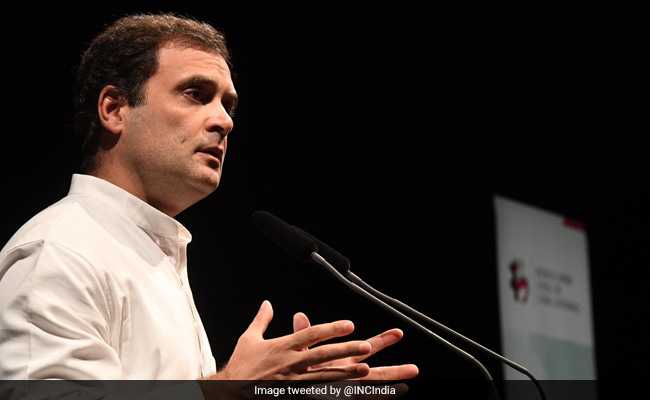 Rahul Gandhi was on a two-day tour to London. (File)

Congress chief Rahul Gandhi's remark that his party was not involved in the 1984 anti-Sikh riots has triggered a political storm in Punjab, with the Akalis and ally BJP taking on the Congress. Punjab Chief Minister Amarinder Singh has rushed to the defence of Mr Gandhi, saying the Congress, as a party, was not involved in the carnage and party spokesperson Abhishek Singhvi questioned what action the BJP government of the day took in Gujarat after the 2002 riots.

Mr Gandhi, who is on a two-day visit to the UK, yesterday told parliamentarians and local leaders while the riot was a tragedy and perpetrators should be punished, he did not agree with the view that the Congress was "involved".

"I have no confusion in my mind about that. It was a tragedy, it was a painful experience. You say that the Congress party was involved in that, I don't agree with that," he said, referring to the riots in which 3000 Sikhs were killed after Indira Gandhi, then Prime Minister and Rahul Gandhi's grandmother, was assassinated by her Sikh bodyguards.

Several Congress leaders, including Jagdish Tytler and Sajjan Kumar are still under investigation for instigating the riots. The leaders have denied the allegations.

Akali leader Sukhbir Singh Badal was among the first to hit out. "Rahul Gandhi has rubbed salt into the wounds of Sikh 'quom' (community) by saying that Congress was not involved in 1984 anti-Sikh riots," Mr Badal was quoted as saying by news agency Press Trust of India.

"What was this apology from prime minister and regret from Congress president then all about," Mr Singh asked.

Punjab chief minister Amarinder Singh hit back, saying the Congress chief was in school when Operation Blue Star and later, the riots, took place, and to blame him for anything that happened was absurd.

"The Congress, as a party, was never involved in the riots that continue to haunt the Sikh community," the chief minister said. "To blame the entire party for the acts of a few was preposterous ... whosoever was involved in the senseless killings in 1984 should be hanged, irrespective of political affiliations," he added.

Listing what the Congress did after the riots, party spokesperson Abhishek Manu Singh asked Akali Dal to reveal what their partner BJP did after the 2002 riots in Gujarat.

"The Congress party -- from this forum and all over the country at least a thousand times -- condemned that tragic episode, calling it the most unfortunate event, condemned it and never in the remotest sense directly or indirectly supported it. Even the prime minister of that time had apologised," he said.