"I think the chief minister (Amarinder Singh) has made it clear that he (Navjot Sidhu) has gone in his personal capacity," Ghulam Nabi Azad told reporters 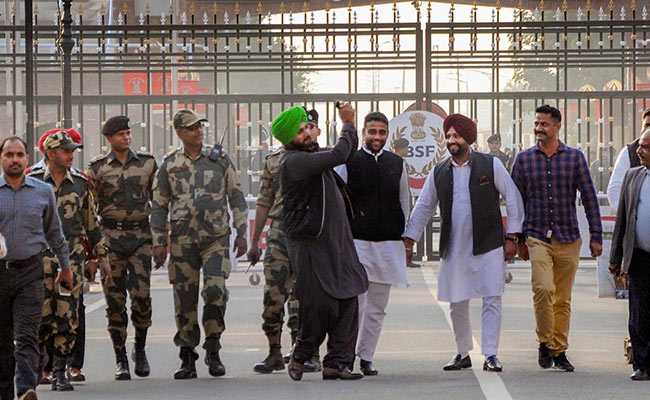 Senior Congress leader Ghulam Nabi Azad on Thursday sought to defend Punjab minister Navjot Singh Sidhu, under fire for being photographed with "pro-Khalistan" leader Gopal Singh Chawla in Pakistan, saying he had gone there in his personal capacity.

"I think the chief minister (Amarinder Singh) has made it clear that he (Navjot Sidhu) has gone in his personal capacity," he told reporters, adding that while one side of Punjab was on this side of the border, the other was in Pakistan and the two states shared cultural relations and language.

Mr Azad said Navjot Sidhu, more than a politician was a sportsman, and sportsmen and artists were appreciated on both sides of the border.

"The BJP thinks negative 23 hours out of 24 hours. Sidhu has gone in his personal capacity. Modiji used to exchange shawls and mangoes with family members of the prime minister of Pakistan for two years, but the BJP did not say anything," he claimed.

Mr Sidhu himself played down his appearance in the photograph with the "pro-Khalistan" leader during his visit to Pakistan even as the opposition Akali Dal asked if India remained his priority.

He came under a sharp attack from Shiromani Akali Dal president Sukhbir Singh Badal after a picture from the groundbreaking ceremony for the Kartarpur corridor showed him with the "separatist".

Chawla, who is the general secretary of Pakistan Sikh Gurdwara Prabandhak Committee (PSGPC) and is known to speak for "Khalistan", had shared the purported picture on his Facebook page.