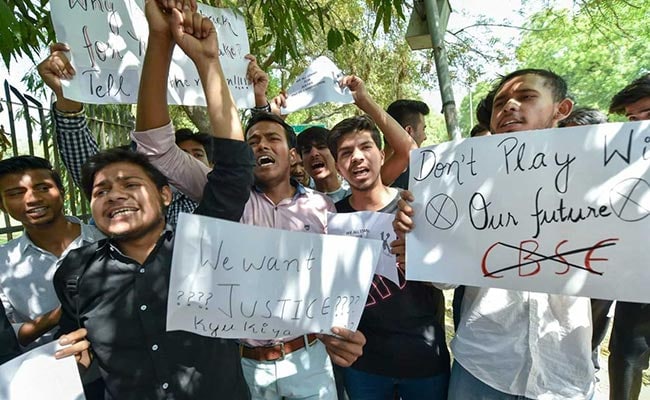 New Delhi: The re-exam of CBSE's class 10 Maths paper will only be held in Delhi and Haryana if the police investigation points to a "large-scale leak", said Education Minister Prakash Javadekar, stressing that more than 14 lakh students of Class 10 will not have to give a re-test. However, the Class 12 Economics paper that leaked this week will be held across the country on April 25, the government has said. The re-test of the Class 12 paper will be held without waiting for a detailed inquiry to ensure that the results are declared in time for students to meet deadlines for university admission.