Activists Ekta and Ravi Shekhar were picked up by the police during a protest organised by Left groups in Varanasi on December 19. Ayra, their 14-month-old daughter, is now being taken care of by her relatives at their home.

Over 60 people have been arrested in Varanasi for protesting despite a ban on large gatherings. Among them are well-known activists Ekta and Ravi Shekhar. They run an NGO called Climate Agenda that focuses on air pollution.

Varanasi is among India's most polluted cities.

The couple was picked up by the police during a protest organised by Left groups in the city on December 19. Ayra, their 14-month-old daughter, is now being taken care of by her relatives at their home. 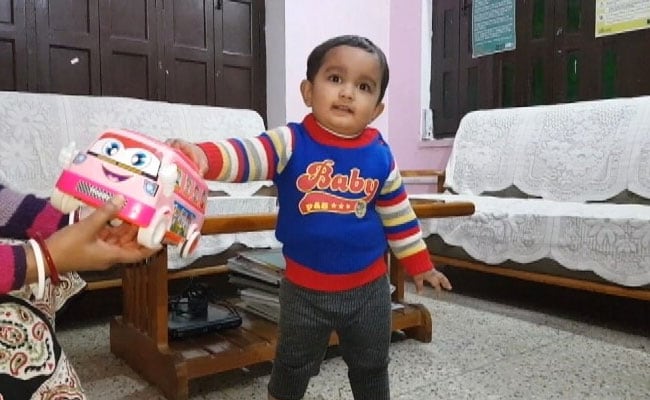 Baby Ayra is now being taken care of by her relatives at their home in UP's Varanasi.

Relatives and well-wishers of Ekta and Ravi Shekhar say the priority for them is to get bail for the couple and to fight the case legally in court.

"My son has not committed a crime. Why has the police arrested him? He was protesting peacefully. Can you imagine how their child is living without her mother. Is this the way to control crime?" Sheila Tiwari, Ravi Shekhar's mother, said.

"She is not eating. Somehow we manage to feed her a few spoons of food . She says, 'Amma aao, Papa aao (Mother come, Father come)' all the time. We keep telling her they will come. We don't know what to do," the baby's grandmother added.

The police in Varanasi say they are justified in making the arrests since the unlawful assembly of people led to tension in town.

An eight-year-old boy died in a stampede allegedly triggered by police baton-charging on protesters in a different part of the city.

Over 60 people, including at least a dozen students of the prestigious Banaras Hindu University, civil society members and the general public have been jailed over the protests. The police say serious charges like rioting are being brought against them.

Twenty-one people have died across Uttar Pradesh, many of them from bullet injuries, in violence during the protests against the Citizenship (Amendment) Act or the CAA.