The petition was mentioned before a bench of Chief Justice D N Patel and Justice Rekha Palli by advocate Mr Rizwan and the court allowed it to be listed on Thursday. 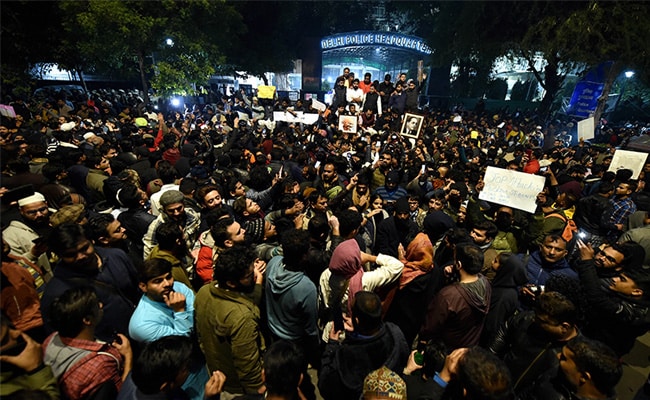 The Delhi High Court on Wednesday agreed to hear a PIL seeking setting up of a fact-finding committee to look into the violence at Jamia Millia Islamia University, following protests over the amended Citizenship Act.

The petition was mentioned before a bench of Chief Justice D N Patel and Justice Rekha Palli by advocate, Mr Rizwan, and the court allowed it to be listed on Thursday.

The petition by Mr Rizwan alleges that Delhi Police "resorted to use of arbitrary, excessive, discriminatory and illegal force against students, more particularly female students, of Jamia Millia Islamia University, on the false pretext of restoring law and order".

It further alleges that students and teachers were protesting in a peaceful manner against the amended Citizenship Act but the police disrupted it and used "unjustified, excessive, arbitrary and brute force" against them.

The plea was moved in the Delhi High Court after the Supreme Court on Tuesday had said that such petitions relating to violence be moved in high courts concerned.

Apart from seeking appointment of a fact-finding committee, comprising former judges of the Supreme Court and the high court, the PIL also wants no FIRs be lodged against students and no coercive steps be taken in complaints already registered, in connection with the violence, till the panel gives its report.

It has also sought a direction to the police not to enter the university campus without requisite permission from the concerned authorities.

The petition also seeks directions to the Delhi government and police to allow students to enter the university, as well as compensation and proper medical treatment for those injured in the violence at the university.

Several public buses and two police vehicles were torched in the clashes between students and police at New Friends Colony near Jamia university during a demonstration against the amended Citizenship Act.

Students and police personnel were injured in the incident.