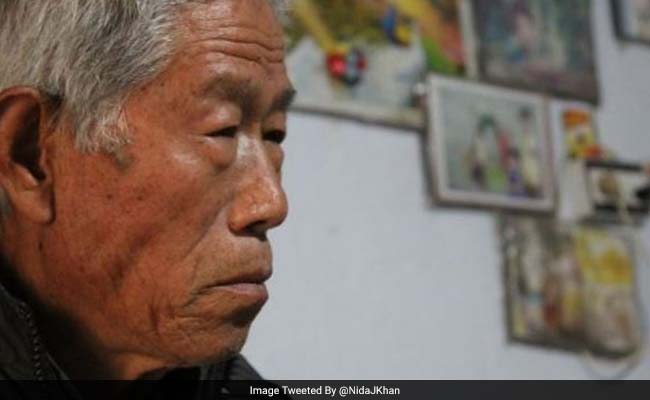 Wang Qi was released in 1969 and he has, since, lived in Madhya Pradesh's Tirodi village.

Beijing: The Chinese foreign ministry said, on Monday, that they have been trying hard to facilitate and accommodate the return of a soldier, identified as Wang Qi, who has been living in India for over 50 years, and asked for India's help regarding the same.

"In recent years, the Chinese Embassy to India had kept in close touch with Wang Qi and made relentless efforts to help to return to China including pushing the Indian side on exit and entry procedures for him," Chinese spokesperson Lu Kang said to the media.

"In 2013, the Embassy issued a 10-year Chinese passport to him and provided living allowance for him every year since then. I believe that with the joint efforts of China and India, respecting the will of Wang himself, the case will be properly solved," Mr Kang said.

The 77-year-old Wang Qi was detained by the Indian Army in 1963 - a year after the Sino-India War - and released in 1969. Soon, thereafter, he relocated and settled in Madhya Pradesh's Tirodi village where he married a local girl. He has three children and grandchildren.

While news agency PTI states that Wang wishes to visit his relatives in China, he also wants to return and be with his wife and children.

Mr Kang referred to Chinese Ambassador Luo Zhaouhio when asked what would happen to Wang's wife and children.

"We have been in contact with the Government of India regarding to your visit to China. We also fully understand that you have relatives in China. In India, you have a wife, children and grandchildren. Both countries have relatives who are part of family," Mr Luo said, adding that Wang has to make a "thoughtful and appropriate choice".

Promoted
Listen to the latest songs, only on JioSaavn.com
Wang's plight was recently highlighted in a special report by the BBC, following which the Chinese state-run Global Times said that helping the soldier's return will enhance Sino-Indian ties and enhance mutual understanding. The paper also added, "Wang's story causes quite a stir on China's social media and appeals are rising that the man should be helped back home as soon as possible."