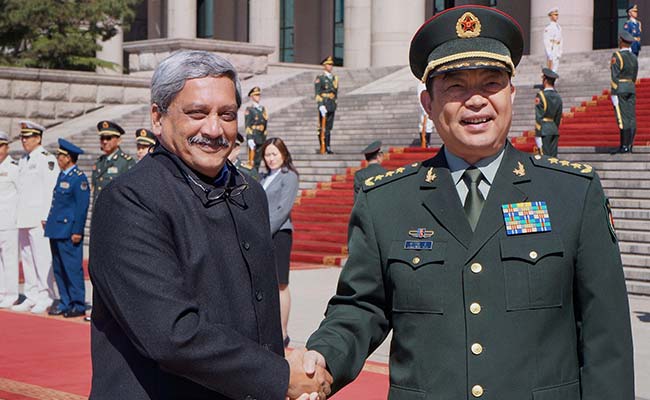 New Delhi: India and China have moved a step closer in setting up a hotline between the two military headquarters as part of their efforts to improve border security.

Mr Parrikar later said that "the Chinese have returned the draft of the memorandum on establishing a hotline between the two military headquarters. The issue should be closed within one or two months."

The two sides were discussing the move to address tensions arising out of aggressive patrolling by both sides.

He called on the two sides to do a good job in implementing the consensus reached by leaders of the two countries, enhance strategic communication, so as to safeguard common interests.

He also suggested that the two sides strengthen defence exchanges and jointly safeguard peace and tranquillity of the border area.