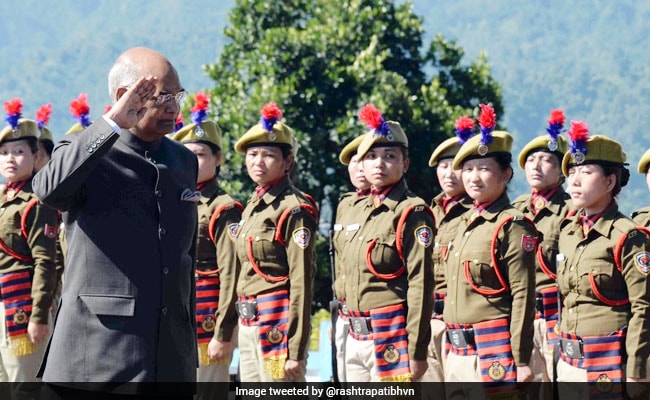 President Kovind arrives in Itanagar on his first visit to Arunachal Pradesh as President of India.

"The Chinese government never acknowledged the so-called Arunachal Pradesh and our position on the border issue is consistent and clear," Chinese Foreign Ministry spokesman Lu Kang told the media when asked about President Kovind's visit to Arunachal Pradesh, which China claims as Southern Tibet.

China routinely objects to any senior Indian officials' visit to the area.

Both countries are "in the process of settling this issue through negotiation and consultation and seek to reach to a fair and reasonable solution acceptable to all", Lu said.

Pending final settlement all parties should work for peace and tranquillity, he said. "China firmly opposes the Indian leader's relevant activities in the relevant region when China-India relations are at a crucial moment," he said.

"We hope India could work in the same direction and maintain general picture of bilateral ties and refrain from complicating border issue and work to create favourable conditions for border negotiations and for the sound and stable development of bilateral ties," he said.

The Line of Actual Control (LAC) between India and China stretches to 3,488 kms.

On November 6, China had raised objection to Defence Minister Nirmala Sitharaman's visit to the border areas of Arunachal Pradesh.

Promoted
Listen to the latest songs, only on JioSaavn.com
Both sides held 19 round of talks by the Special Representatives to resolve the boundary dispute. The 20th round is expected to be held next month in New Delhi, though dates have not yet been announced.

National Security Advisor Ajit Doval and his Chinese counterpart Yang Jiechi are the designated Special Representatives for the boundary talks.