In October, China had denied reports of plans to build 1000-km long tunnel to divert Brahmaputra waters to the arid regions of Xinjiang, saying the report is untrue. 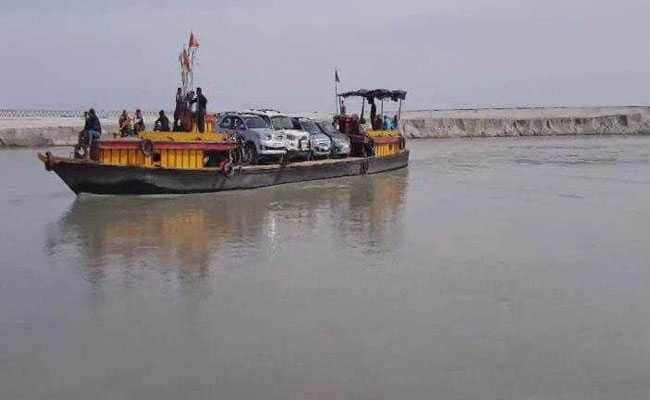 The Brahmaputra river has been getting muddy with sledge and cement

"I would like to point out that China's position on the eastern part of the China-India border is consistent and clear," Foreign Ministry spokesman Lu Kang said in response to questions about the reports on blackened, muddy waters with cement and sledge of the Siang river in Arunachal Pradesh.

He refuted reports that it may due to a tunnel being constructed on the Chinese side.

"I have never heard of the project mentioned by the Indian side. It is hoped that the Indian side will not conduct unfounded speculation and reports," he said in a written response to a question in this regard.

In October, China had denied reports of plans to build 1000-km long tunnel to divert Brahmaputra waters to the arid regions of Xinjiang, saying the report is untrue.

There is, however, no explanation for the highly-polluted waters in Siang river.

The Brahmaputra originates in Tibet where it is called Yarlung Tsangpo and is known as Siang in Arunachal Pradesh before it enters Assam and flows southwards to the sea through Bangladesh.

In 2016, China had declared that it would be building a dam on a tributary of the river, sparking concerns of its potential downstream impact in India.

Promoted
Listen to the latest songs, only on JioSaavn.com
Arunachal Pradesh State Water Quality Testing Laboratory (SWQTL) in a recent report said the water of the Siang river, which has turned dark and muddy, has become unfit for human consumption.

Arunachal Pradesh Chief Minister Pema Khandu had drawn the attention of the Centre on the river's contamination, which he said might have been caused due to activities on the Chinese side and asked the Government of India to take up the matter with Beijing.
Comments
Siang riverBrahmaputra