Chief Justice of India NV Ramana appreciated the SJTA for its ongoing beautification work at the shrine and its surroundings, one of the priests said. 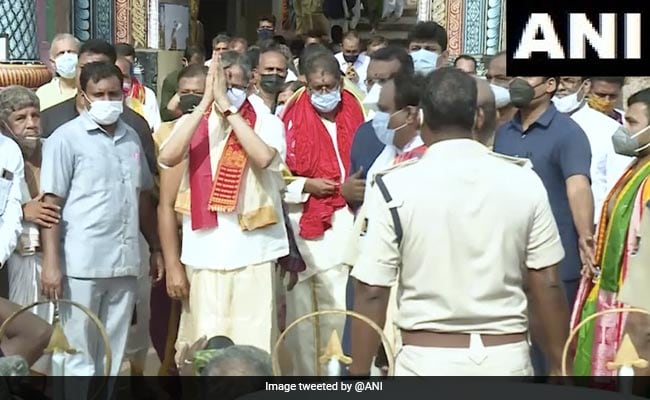 On his arrival at the Lion's Gate of the shrine, the CJI, who flew down to Odisha on Friday on a two-day visit to the state, was received by Chief Minister Naveen Patnaik's private secretary VK Pandian, chief administrator of Shree Jagannath Temple Administration (SJTA), Krishan Kumar, and district collector Samarth Verma.

The CJI, who spent 45 minutes inside the temple complex, appreciated the SJTA for its ongoing beautification work at the shrine and its surroundings, one of the priests said.

Chief Justice of Orissa High Court S Muralidhar, Archaeological Survey of India's superintendent (Odisha circle) Arun Kumar Mallik and other senior officials were present at the temple during the visit.

The CJI will be returning to Delhi in the evening