A poll panel team led by the Chief Election Commissioner would also take stock of the state's preparedness for the Lok Sabha polls due in April-May, sources said. 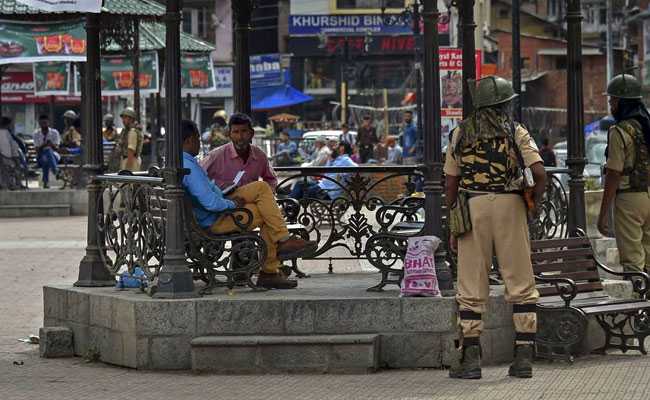 Jammu and Kashmir has been under the President's Rule since December 20, 2018.

Chief Election Commissioner Sunil Arora will be on a two-day visit to Jammu and Kashmir from today to assess the ground situation in the state for holding the Lok Sabha and assembly polls together.

A poll panel team led by the Chief Election Commissioner would also take stock of the state's preparedness for the Lok Sabha polls due in April-May, sources said.

The Election Commission team would hold meetings with state administration officials and political parties in Srinagar on March 4 and in Jammu on March 5.

As per a Supreme Court ruling, the outer limit for holding fresh polls after dissolution of a House is six months and in case of Jammu and Kashmir, this deadline ends in May 2019.

The top court verdict on a Presidential reference had also said the polls have to be held on the first occasion which means even before the six-month period.

They had claimed the support of 56 lawmakers in the 87-member state assembly.

Shortly after Ms Mufti's claim, People's Conference leader Sajjad Lone too staked the claim to form the government. Mr Lone, who had two MLAs, said he had the support of the BJP's 25 legislators and "more than 18" other lawmakers.

The state has been under the President's Rule since December 20, 2018.

Prior to that, it had been under the Governor's Rule for six months.

The government was willing to hold the state assembly polls along with that for the Lok Sabha but things changed after the February 14 Pulwama terror strike which left 40 CRPF personnel dead, election commission sources said.