Cheap Tickets To Stay As Airlines Squabble Over Fare Hikes

IndiGo controls more than 50% of the domestic market. Nine other airlines compete for the rest, giving the fast-growing low-cost carrier commanding power over fares. 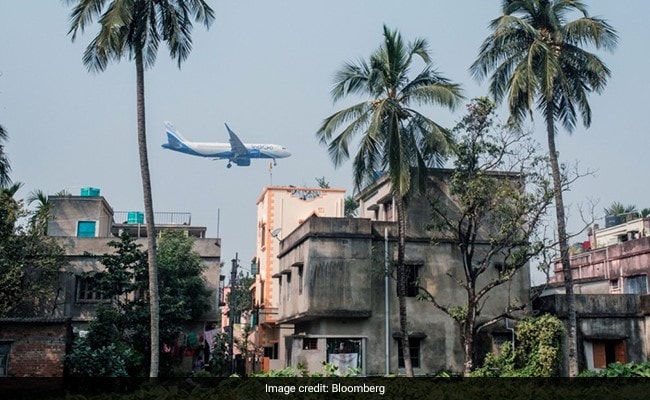 Top airline bosses agreed on many things at the Wings India airshow in Hyderabad last month: taxes should be reduced and airport capacity must be ramped up. One thing they couldn't settle upon: whether unfair competition is keeping fares artificially low in what's already a brutally competitive market.

Sunil Bhaskaran, the chief executive officer of AirAsia India, was upfront. Indian aviation is suffering from "irresponsible competition" that's kept fares low despite high taxes and fuel prices, he said. Bhaskaran didn't single out who he was referring to. But the one carrier capable of making the entire market dance to its tune is IndiGo, India's largest airline.

IndiGo, operated by InterGlobe Aviation Ltd., controls more than 50% of the domestic market. Nine other airlines compete for the rest, giving the fast-growing low-cost carrier commanding power over fares. Competition is set to heat up even further, with two other airlines preparing to launch services later this year in a market where tickets are often sold below operational costs -- a situation that has led to the demise of several high-profile carriers.

IndiGo, however, is unperturbed by criticism as well as calls from smaller rival SpiceJet Ltd. for airlines to work together to increase fares, even if that results in a slight dip in bookings.

"I'm sorry, but this is not about working together to raise fares," Ronojoy Dutta, IndiGo's CEO, said in response to a suggestion that other airlines can increase fares if IndiGo takes the lead. "Look, ultimately IndiGo's strategy is to provide superior customer service and get a disproportionate part of the revenue," Dutta said, to laughter and applause.

IndiGo, the world's biggest customer for Airbus SE's best-selling A320neo jets, is a rare exception, managing to make money while keeping a tight lid on costs. It's also inked lucrative long-term maintenance and engineering contracts that were negotiated as part of large aircraft orders.

"It's got to do with the sheer size they are. IndiGo is a gigantic revenue machine," said Mark Martin, founder of Dubai-based Martin Consulting LLC, which advises the aviation industry. "Naivety and ignorance can be devastating and wreak havoc in the system" and this isn't a good time for IndiGo to display bravado, he said. "At some point IndiGo will have to raise fares or balance their fares to some degree."

Sydney-based CAPA Centre for Aviation said last year that it has "run out of words to describe the state of Indian airlines," arguing the industry is "standing on the edge of a cliff." Assuming oil at $70 a barrel and a rupee-dollar exchange rate of 75, CAPA forecast Indian carriers could lose about $8 billion in the two years through March 2022.

Brent oil is now trading at more than $100 a barrel and the Indian rupee tumbled to a record low 76.9812 per dollar last month.

There are some signs of fares rising in recent times, but that's got more to do with surging oil prices because of the war in Ukraine. For April, tickets from New Delhi to Mumbai -- one of the world's busiest domestic routes -- are selling at levels 42% higher than before the war, according to online travel agency Yatra.com.

At the same conference, SpiceJet Chairman Ajay Singh, who's credited with turning around a carrier that almost failed after running out of cash, said higher oil prices present a "tremendous" opportunity for airlines to earn more revenue. But he also said he got messages from customers complaining SpiceJet's fare hikes were "extortionate."

The problem is price-sensitive passengers, who are now used to notoriously cheap fares, and that mindset has to change, Singh said.

"We need to be very cognizant of the fact that the aviation sector has suffered huge losses as it's a chronically-ill industry, and I don't know what the hell Vinay Dube is trying to do by booking more airplanes and creating a new airline at this time," Singh said, referring to the chief executive of upcoming carrier Akasa, which is backed by billionaire Rakesh Jhunjhunwala.

Aviation fuel prices in India have been "perennially" high and are moving higher, which will either compress margins further, limiting cash flow that should be used to repay Covid-incurred debt or forcing price increases, which may crimp travel demand, according to Robert Mann, the New York-based head of aviation consulting firm R.W. Mann & Co.

"That demand loss will also imperil the carriers with the least available liquidity and some will fail," said Mann. "It will be an interesting decade in Indian aviation."