This Madhya Pradesh Temple May Have Inspired Parliament House Architects

It is a temple of Lord Shiva in reality but the Parliament House in New Delhi is apparently a replica of the structure, an argument which a section of archaeologists does not buy. 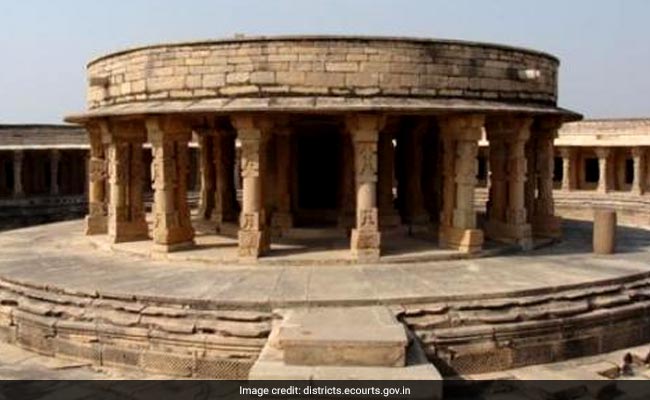 Chausath Yogini temple, which stands out as a replica of Parliament House, is situated in Chambal Valley.

A replica of the Parliament House blossoms in an unnamed area in the ravines of the Chambal Valley in the Bhind-Morena region, which of late has earned disrepute for being home to dacoits.

Far from political noise, the Chausath Yogini temple, which stands out as a replica of the Parliament House, is situated in the desolate Chambal Valley.

It is a temple of Lord Shiva in reality but the Parliament House in New Delhi is apparently a replica of the structure, an argument which a section of archaeologists does not buy.

As the election fever grips the country, candidates in the poll fray hopeful to see themselves become a Member of the Parliament are making a beeline to the temple to get their wish fulfilled.

BJP candidate for Morena and Union minister Narendra Singh Tomar is among those paying obeisance at the temple.

Mr Tomar rues that not only the heritage site of Chausath Yogini temple in Morena's Mitawali village but also several other places of historical importance still remain away from public glare.

The Union minister says there is a proposal to bring the region to the Unesco World Heritage Site list.

According to him, the temples in the region were restored in 2005 under the supervision of KK Muhammed, former regional director at the Archaeological Survey of India (ASI).

Mr Tomar, however, admits that the restoration work could not be completed after Mr Muhammed's retirement.

Mr Muhammed told news agency PTI there are heritage sites dating back 1,000 years in two villages, Mitawali and Padhawali, within a range of 5 km in inaccessible parts of the Chambal Valley.

Foreign invaders attacked and ruined these heritage sites. The structures could not be restored as the ruins then became a haven for dreaded dacoits of Chambal. And now, crevices have developed in the walls due to illegal mining blasts.

Mr Muhammed said, around 700 years ago in 1323, when the temple was constructed under the regime of King Devpal, no one would have imagined that British architect Edwin Lutyens would precisely depict the architectural beauty of this temple on the "temple of the Indian democracy".

The temple constructed at a height of 200 metres on a hill reminds tourists, reaching Mitawali after taking uneven roads, of the Parliament House.

Veteran archaeologist Muhammed said there are two opinions among historians regarding the Parliament House being a replica of the temple.

While one section believes that Parliament House, Rashtrapati Bhavan, and other such structures on the Raisina Hills were Roman-inspired architecture, the other is of the view that architects Lutyens and Herbert Baker clearly presented a mix of the Indian and the western architect in these constructions.

Mr Muhammed claimed that the design of the Parliament House is inspired from the circular Chausath Yogini temple.

He said the vedic mantras engraved on the walls of the Parliament House is a vindication that the Birtish architects did take into account the Indian building construction art.

The Chausath Yogini temple was a centre for 'tantra vidya' (black magic). The circular structure has 64 temples of Lord Shiva. It has idols of Lord Shiva with 64 yoginis, which in tantric tradition, connote feminine spirit.

The yoginis are also said to represent the 64 kalas or arts.