When Chief Electoral officer Gopal Krishna Dwivedi went to cast his vote the EVM was not working, said Chandrababu Naidu. 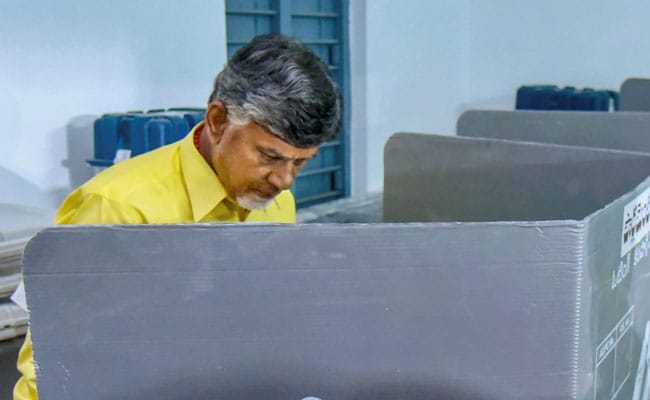 Chandrababu Naidu requested for the extension of polling time in the state.

Andhra Pradesh Chief Minister N Chandrababu Naidu wrote to the Election Commission of India on Thursday, demanding re-polling in around 150 polling stations in the state after reports of faulty Electronic Voting Machines (EVMs)  at several places.

Mr Naidu also requested for the extension of polling time in the state to compensate for the time lost due to the technical glitches.

When Chief Electoral officer Gopal Krishna Dwivedi went to cast his vote the EVM was not working, said Mr Naidu.

"A large number of women and old people are waiting in the hot sun as the commencement of poll has been delayed, and the polling process is slow. It is likely that many of the voters who returned may not come back for voting even if the polling is resumed after replacement/repair of the existing EVMs," Mr Naidu tweeted.

The TDP chief added that 22 political parties in the country demanded that at least the Voter Verifiable Paper Audit Trail (VVPAT) slips be counted. He did not agree with the Election Commission contention that counting of all VVPAT slips will take six days.

Mr Naidu said they were planning to file a review petition for counting of at least 25 per cent of VVPAT slips.

Voting is underway for 25 Lok Sabha and 175 Assembly seats in Andhra Pradesh. The results will be declared on May 23.