He Was Debt Collector At 12. Now He's Chasing Rs 1.5 Lakh Crore For SBI

India's bad-loan ratio, already the highest among the world's biggest economies, is expected to jump after the coronavirus lockdown shuttered businesses and left millions jobless. 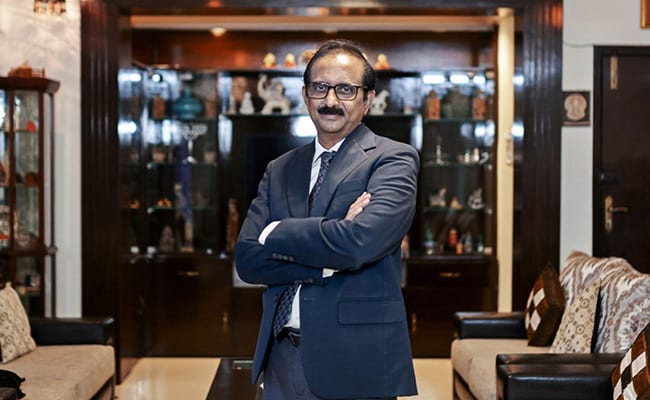 From the age of 12, Challa Sreenivasulu Setty spent his school vacations collecting debts for his father's grocery store in the small south Indian village of Potlapadu.

It was harvest season, and Setty would go around the village's 150 households, recovering money owed by farmers from earlier in the year. He and his brother each had a list of people who owed cash, and would visit them one by one.

"My brother was softer and more popular in the village," Setty recalled. "So his collections were lower than mine."

Forty-two years later, Setty continues to collect on loans, albeit on a much larger scale. He's one of three managing directors of State Bank of India, a position one rung below the top job at the country's biggest lender. One of his tasks is to head recovery of the bank's $19.6 billion bad-loan pile.

It's a tough assignment at the best of times, but now Setty must contend with an economy headed for its first contraction since he was a schoolboy. India's bad-loan ratio, already the highest among the world's biggest economies, is expected to jump after the coronavirus lockdown shuttered businesses and left millions jobless.

"One, time value: How quickly you can recover money is important," he said in his first media interview since being promoted to managing director in January. "Second, follow up: I cannot stress the importance of this in recovering dues."

Setty, who has spent 32 years at SBI, oversees stressed-asset management, which includes responsibility for bad-loan recovery, as well as heading retail and digital banking. SBI accounts for about a fifth of the $1.37 trillion of outstanding loans in India's banking system.

"We prefer one-time settlements at SBI over long litigations," Setty said of his first principle. "That way, we can get cash in time."

On his second, he said following up with defaulters is especially important "in the case of small and medium-sized accounts."

The coronavirus lockdown is expected to push the nation's economy into the first contraction in four decades. Bank loans may not grow at all in the year to March 31, according to the local unit of S&P Global Ratings, while McKinsey & Co. estimates the country's bad loan ratio, currently at 9.3%, will rise by a further 7 percentage points.

Bankers are struggling to predict how stressed their loan books will become as a six-month deferral of repayments until the end of August hides the extent of woes faced by borrowers. So far, about 21% of SBI retail customers and around 10% of its corporate borrowers have opted for the moratorium.

Setty said the recovery outlook is better for retail loans than the corporate book. The soft-spoken banker has already gotten his team to work on his "follow-up" principle.

Instead of outsourcing the job as some Indian banks do, Setty asked SBI's workers to call more than 100,000 retail customers in the last three months to educate them about the implications of the loan moratorium, making clear it was not a waiver, and urging them to assess their repayment ability.

"Most of the retail customers who opted for the moratorium did it to conserve cash due to the uncertainty and not because they didn't have the ability or intention to repay," Setty said of the feedback from the calls.

This suggests a large portion of the bank's loans to individuals, worth 7.5 trillion rupees ($98.5 billion) or more than a third of its total book, will hold good, according to Setty. The lender's focus on giving loans to salaried customers is paying off, he said.

But the corporate book, which accounts for about 41% of the lending business and more than half its bad loans, could be a drag on recoveries after the government banned filing any new cases to the bankruptcy courts until September.

"It is very difficult to state what approach we will take" on recovering loans from companies, said Setty, who worked across India and in New York during his banking career. "All I can say is it will be a nuanced approach depending upon the situation in respect of each company."

Under Chairman Rajnish Kumar, SBI tightened loan underwriting and monitoring processes over the last two years, according to Setty. The bank closely tracks 98 parameters including share pledges and delays in paying letters of credit, to catch any impending stress in accounts, he said. SBI doubled its loan recovery rate to about 14% in the period, partly aided by a new bankruptcy law and other rules that SBI helped shape.

Still, recoveries might be less this financial year as companies are in genuine difficulty given a plunge in demand, said Setty, who manages an 1,800-person stressed-assets recovery team. The bank will come up with a combination of restructuring, fresh credit lines and one-time settlement offers on a case-by-case basis, he said.

"These are unprecedented situations and there is a need to handhold our customers," he said.

Investors have some doubts about the bank's ability to navigate the current difficulties, if the stock price is any guide. SBI's shares have plunged 46% this year, compared to a drop of about 35% for an index of the nation's banks. SBI trades at about 0.6 times book value.

"The moratorium on loan repayments and on bankruptcy filings will pose challenges to timely recovery," said Saswata Guha, director of financial institutions at Fitch Ratings Ltd. in India.

Still for Setty, as he goes about his job of recovering loans from companies, he'll be sticking with his boyhood principles of seeking early settlements and following up with their controlling shareholders or founders -- known in India as promoters.

"Once you identify the problem, you can help the borrower to resolve it, and corrective action plans can be put in place," he said. "We sit together with the promoter and work out a solution."

Setty's father, who asked the 12-year-old boy and his brother to collect debts in the village, has passed away. He always believed his son was a bank teller, according to Setty, and probably didn't realize the lessons about persistence he was learning in the village.

Every day before farmers went to the field, "I and my brother stood in front of their homes," he said. "So to get rid of us, they used to pay."