Navratri 2021: On the third day of Chaitra Navratri, Goddess Chandraghanta, the third form of Navdurga is worshipped. 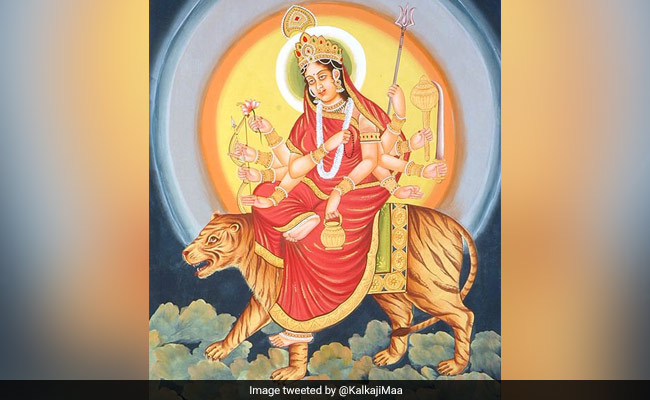 Chaitra Navratri 2021: Day 3 of Navratri is dedicated to Maa Chandraghanta

Chaitra Navratri 2021: On the third day of Chaitra Navratri, Maa Chandraghanta is worshipped. She is the third avtaar of Goddess Durga or Shakti. Maa Chandraghanta symbolises justice and strength. She has a crescent moon on her forehead and her vahana or vehicle is the lion. According to scriptures, Chandraghanta is has the half moon on her forehead after she married Lord Shiva. She has a third eye as well, which indicates that she is ready to fight the evil anytime. Maa Chandraghanta has the Trishul (trident), Gada (mace), Sword and Kamandal (pitcher) in her four left hands and the fifth left hand is in Varada Mudra. She carries a lotus flower, arrow, dhanush (bow) and Japa Mala (prayer beads) in her four right hands. The fifth right hand is in Abhaya Mudra. 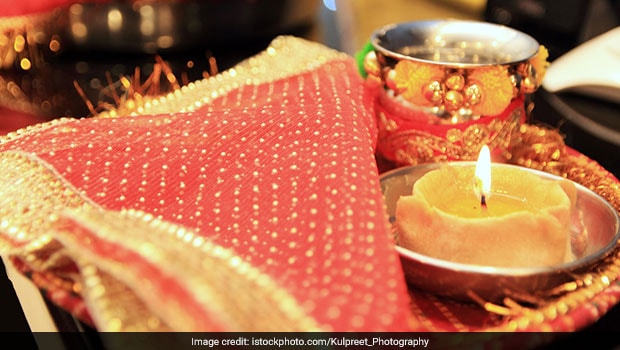 Wish all a Happy Navratri!