Former CJI TS Thakur said the decision could not only strike at heart of judicial independence but also lower the trust of people in judicial system.

"I appeal to the collegium to stand by Justice Joseph," former CJI TS Thakur told NDTV.

New Delhi: The centre's decision to turn down the recommendation to appoint Justice KM Joseph to the Supreme Court is sending a message that if a judge rules against the government, there will be consequences, former Chief Justice of India TS Thakur told NDTV. He said the decision could not only strike at the heart of judicial independence but also lower the trust of people in the judicial system.

The government had, this week, gone by the recommendation of the Supreme Court's five senior-most judges, or the collegium, to appoint an arbitration lawyer as a Supreme Court judge. Justice Indu Malhotra, the first woman lawyer to be directly elevated to the top court, was sworn-in on Saturday and hit the ground running. She was part of the bench that stayed the Kathua rape trial.

But the government held back its approval to appoint Uttarakhand Chief Justice KM Joseph and asked the top judges to reconsider their choice. In a letter to the Supreme Court, the centre attributed its reluctance to accept their recommendation to Justice Joseph's seniority ranking among all high court judges.

It also added that the Supreme Court already had one judge from the high court of Kerala and there were other high courts that were not represented in the top court. 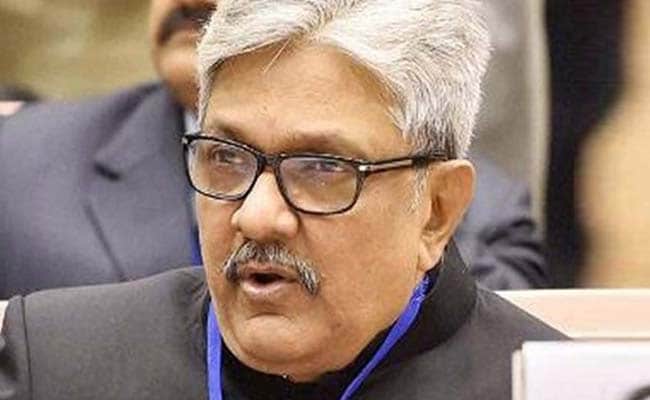 The Congress has, however, alleged that Justice Joseph was being punished for his decision to cancel central rule in Uttarakhand in 2016. It is an assessment shared by many in the legal community and there have been suggestions that the court should order the centre to clear the appointment.

The centre will, anyways, be forced to appoint Justice Joseph if the Supreme Court collegium reiterates its recommendation. There has been no word on the next meeting of the five top judges to decide its stand.

Former Chief Justice Thakur said he could not say what steps the collegium would take. But he suggested that one thing he was clear about, was that "this will have a serious impact on the judiciary, particularly high court judges".

"This is not just about Justice KM Joseph but the judiciary," he said. In recent days, other retired judges such as former chief justice RM Lodha have been making the same point as well. And more are speaking out.

Former Supreme Court Justice B Sudershan Reddy, who was recently consulted by the Vice President Venkaiah Naidu, over the rejection of the impeachment motion against Chief Justice Dipak Misra, said the letter sent by the centre giving its reasons against the collegium's choice "is totally unsustainable".

Promoted
Listen to the latest songs, only on JioSaavn.com
"I appeal to the collegium to stand by Justice Joseph," he told NDTV.

Justice AP Shah, one of the most respected judicial voices in the country, told NDTV that he felt the executive sends messages that if you decide against the government, there might be some consequences. "I am really concerned with that. In all fairness, the collegium should have acted. The Chief Justice should have acted on this," he said.