Linking Of Godavari, Cauvery: Nitin Gadkari said a detailed project report for linking rivers Godavari-Krishna-Pennar-Cauvery will soon be presented to the Cabinet. 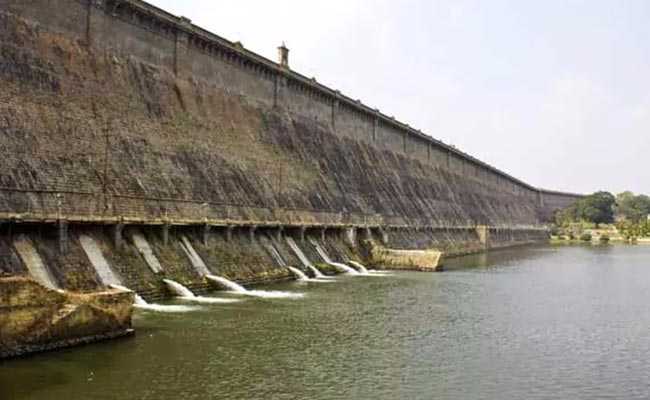 Tamil Nadu and Karnataka are locked in a dispute over sharing of the Cauvery river water for decades.

The Centre would soon take up a major project to link rivers Godavari and Cauvery that would resolve water issues between four southern states, Union Water Resources Minister Nitin Gadkari announced in Amaravati on Monday.

The objective of the project, expected to cost upto Rs 60,000 crore, was to make good use of about 1100 tmc ft of Godavari water that currently drained into the sea, he said, addressing a meeting of BJP workers in Amaravati.

"The detailed project report for linking rivers Godavari-Krishna-Pennar-Cauvery is ready. We will soon present it to the Cabinet for approval. Thereafter, we will raise finances for the project either from the World Bank or the Asian Development Bank as the project cost is about Rs 50,000 crore to Rs 60,000 crore," Mr Gadkari said.

The Godavari water would thus be taken to the tail end of Tamil Nadu, he said.

"Every year, about 1,100 tmc ft of Godavari water is going waste into the Bay of Bengal while there is a dispute between Tamil Nadu and Karnataka... So we have taken the decision to take Godavari water to Tamil Nadu and that will resolve all water issues among four states," Mr Gadkari noted.

A special technology, suggested by a US-based AP engineer, of using steel pipes would be used for linking Godavari and Cauvery.

"We have decided not to use canals as it results in water (evaporation) losses. Low thickness steel pipes with a special treatment will be used that will also save the project cost significantly," the Union Minister said.

Tamil Nadu and Karnataka are locked in a dispute over sharing of the Cauvery river water for decades.

Mr Gadkari reiterated that the Centre would spend "100 per cent" cost of the ongoing Polavaram multipurpose project.

"We have given a lot of priority to Polavaram and never discriminated against Andhra Pradesh. With the cooperation of the state government and 100 per cent Central funding, we are implementing the project in an expeditious manner," he said.

Mr Gadkari, however, regretted that the Chandrababu Naidu government was not giving any credit to Prime Minister Narendra Modi or the Central government for such efforts.