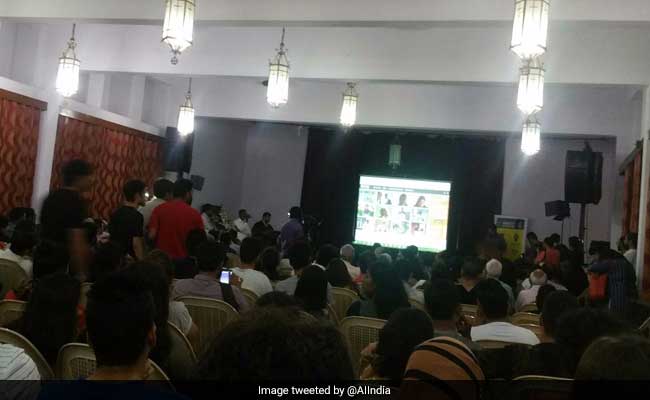 Amnesty International has been accused of sedition by ABVP after an event in Bengaluru.

New Delhi: The union Home Ministry has begun what officials describe as a preliminary exercise to find out whether human rights-focused NGO Amnesty International's India chapter has the required permission to receive foreign funding.

The investigation comes amid allegations that anti-India slogans were raised at a debate on Kashmir organised by Amnesty in Bengaluru on the weekend. A sedition case has been registered by the Bengaluru police against Amnesty India after a complaint was filed by the ABVP, a student body affiliated to the BJP's ideological mentor the Rashtriya Swayamsevak Sangh or RSS.

The Home Ministry's preliminary probe, which will also check the amount of funds that the NGO has received so far and its expenses, is being carried out under the provisions of the Foreign Contribution Regulation Act or FCRA to determine whether there has been any violation of the law by Amnesty India, a Home Ministry official said.

The BJP, which is in the opposition in Karnataka, has demanded that the centre investigate Amnesty. "Patriotic people can't tolerate anti-national slogans. Karnataka doesn't have any space for people indulging in anti-national activities. I have written to the Union Home Minister to probe the activists and Amnesty International," said the BJP's state chief BS Yeddyurappa on Tuesday.

ABVP activists staged protests against Amnesty in Bengaluru and were arrested and dragged by the police into buses and vans to break up the rally. They have demanded that "the organisers and those who raised anti-India slogans be arrested and jailed."

Amnesty has denied that any of its staff made anti-India comments at the Bengaluru event on Saturday, which witnessed a heated argument between a Kashmiri Pandit leader and some Kashmiri students.

"No Amnesty International India employee shouted any slogans at any point," the NGO said in a statement, adding, "The focus of the event was squarely on allegations of human rights violations and the denial of justice in Jammu and Kashmir."

The Bengaluru police said they are studying footage of the debate held at the city's United Theological College to identify those who shouted "anti-India" slogans.

Karnataka's Home Minister, G Parameshwara of the Congress said the "intention and background" of those involved would be investigated, adding, "At this stage it is not very clear."