The official, who is part of the security establishment under the Union home ministry, said the weapons have been procured from Bulgaria after a global tender was completed successfully sometime back. 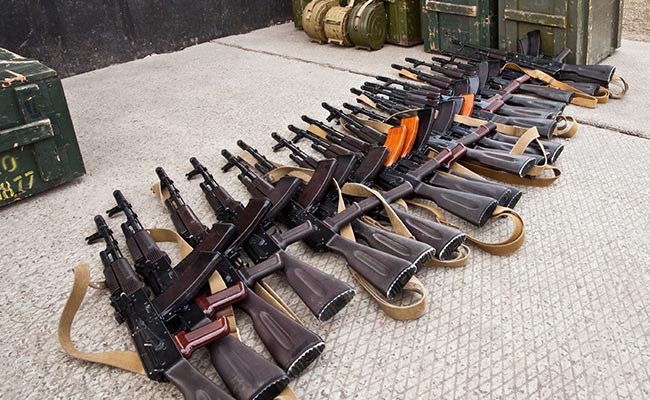 The rifles are being preferred due to their utility in all-weather conditions. (Representational)

A stockpile of over 36,000 modern AK-series assault rifles have been recently provided to central paramilitary forces and select state police units, a senior official said Tuesday.

The official, who is part of the security establishment under the Union home ministry, said the weapons have been procured from Bulgaria after a global tender was completed successfully sometime back.

"These AK-47 rifles are now being sent to multiple Central Armed Police Forces (CAPFs) and state police units who were part of the joint tender. A good bulk of these weapons will go to the CRPF and BSF who have to deal with internal security challenges, guard the border and tackle Left-wing extremism and militants and terrorists in Jammu and Kashmir," the official, who requested anonymity, said.

This series of assault rifles are increasingly being preferred by the security forces due to their utility in all-weather conditions, good rate of fire and ease of adaptability in multifarious combat zones, the official said.

These rifles are considered superior to the indigenously made INSAS rifles (Indian Small Arms System) as their fire is accurate, spews quick round of bullets and is better to operate in jungle warfare conditions where moisture and heat affect the performance of a rifle, he said.

Keeping this in mind, the central paramilitary forces and the state police forces had expressed desire to purchase the AK (Avtomat Kalashnikova) series rifles for their jungle warfare and special task units and the Union home ministry had then clubbed their requirements and floated a global tender, he said.

The tender was open for bidding about a year back and the delivery of the assault weapons, which have some enhancement in their basic features, has now begun, he said.

When contacted, a senior CRPF officer told PTI that the weapons will be provided to their combat units in Jammu and Kashmir and anti-Naxal operation areas in a month's time.

The Union government had last year authorised the Central Reserve Police Force (CRPF), the country's largest CAPF with over 3-lakh personnel, to replace almost all of its INSAS weapons with AK assault rifles in the ten Maoist violence-hit states where it is deployed to undertake offensive operations.