CBI to file FIR in Adarsh scam; may name Ashok Chavan as accused 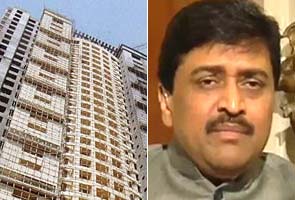 New Delhi and Mumbai: The CBI says it has found evidence of alleged forgery and manipulation of documents on part of some army officials and bureaucrats in the Adarsh society scam as it gears up to register an FIR in the case.

Highly-placed sources in the agency say Maharashtra's former Chief Minister Ashok Chavan will also be named as an accused.

Sources also say that some of the documents seized by the CBI were indicative of some forgery having allegedly been committed by a few defence officials in criminal conspiracy with bureaucrats of Maharashtra government and private individuals.

According to the CBI sources the FIR is likely to be filed in the second week of January.

The sources add that the FIR will name 15 others as accused, along with Ashok Chavan.

The three main conspirators in the case are RC Thakur, one of the promoters of the society, Brigadier MM Wanchu and Kanhaiyalal Gidhwani, says the source.

All these four have in various points of time misinformed the Parliament on questions related to Adarsh Society tells our source.

The FIR states that RC Thakur in collusion with others exploited the Kargil martyrdom. It was used an an emotional pitch to expedite the clearance of files.

As far as General Deepak Kapoor and General NC Vij's questioning is concerned it will be in connection with the disproportionate assets case. The CBI, after fixing criminal liability will question all the 103 members of the society and accordingly file DA cases.

The CBI Director still has to give the final clearance for the FIR to be filed.

Coming under flak over alleged corruption and abuse of official position by senior defence officials, Defence Minister A K Antony had sought a CBI probe into the scam relating to Adarsh Cooperative Housing Society in which some senior military officers, including former army chiefs Gen Deepak Kapoor and Gen N C Vij and ex-naval chief Admiral Madhavendra Singh, had flats allotted in their names.

The three ex-chiefs have since said they were surrendering their flats.

The CBI had on November 15 registered a preliminary enquiry (PE).

The housing society, built on prime defence land, was constructed in alleged violation of various rules and regulations. The building was originally meant to be a six-storey structure to house Kargil war heroes and their kin but was later extended to 31 floors.

"We are building a water-tight case leaving no loopholes or loose ends," the official said.

The Defence Ministry has among other things requested the CBI to look into issues concerning no-objection certificate, relinquishing of land in possession of the Army and the extent to which commitments for welfare of defence personnel were complied with.

The CBI investigations is independent of an Army court of inquiry ordered on December 11 and, the sources said the Army officials, if any, would be made accountable before a court of law.

The Army's Pune-based Southern Command headquarters had ordered a probe to find out how these officers had issued a no-objection certificate to the private housing society to construct a 31-storeyed complex on a plot in upmarket Colaba in Mumbai.

The CBI had begun probe in the case after receiving a letter from the Ministry of Defence. The Adarsh Society, originally meant for Kargil war heroes, landed in controversy after media reports said several politicians, bureaucrats and defence personnel owned flats there.
Comments
CBIAdarsh society scamAdarsh societyAshok Chavan